‘This chapter of my life is over’

Blaine declines other JFF post, will not return to coaching 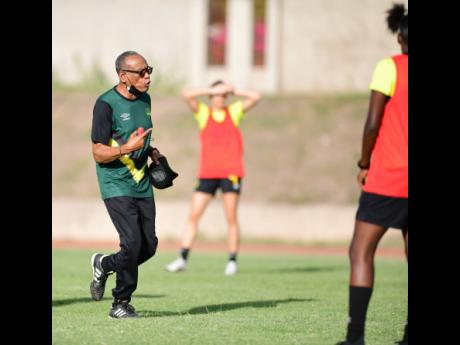 “This [coaching] chapter of my life is over. It is now up to me to concentrate on what else I can do but I am waiting now to see what is my next move. We will see what happens down the road,” said Blaine in an interview with The Gleaner.

Blaine tendered his resignation as national women’s football coach after weeks of speculation, following a letter to the Jamaica Football Federation (JFF) president, Michael Ricketts, signed by members of the senior Reggae Girlz, asking for his removal.

Despite getting a vote of confidence from the federation, Blaine called it quits but could have continued working in another capacity within the JFF.

“The JFF offered me other jobs apart from coaching, but I wasn’t really interested. They asked that if I resign if I would be interested in other areas but I declined,” he said.

“In the earlier days, I probably would have taken it but now I do not see it necessary to do so. But anything that I am doing next I am not sure if it will be in Jamaica.

“I will be having talks and discussions but I do not know what will materialise but I think I have at least another five years in football,” said Blaine

Blaine, who took a big cut in salary when leaving the US Virgin Island as technical director, said he only returned to coaching because the Reggae Girlz came calling.

However, any future endeavours that he pursues will be focused on the developmental aspects of the game.

“I might just take a couple months off. I have been approached already but I will not discuss those things before it actually happens.

“I certainly will not be doing coaching. I will go back to a role of technical director or director of football or maybe get an academy going in Florida.

Blaine spent just six months in his second stint as Reggae Girlz coach, leading the team to four victories in his four games.

The Reggae Girlz, who are now without coach, will next head to Mexico for the Concacaf Women’s Championship, July 4-18.