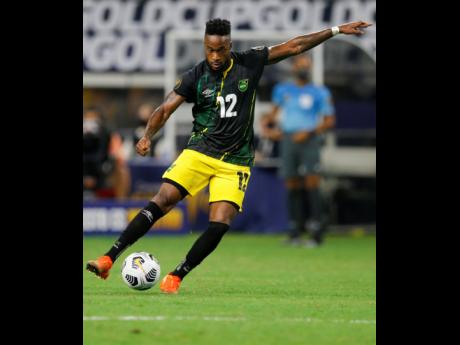 While looking forward to clashes with Lionel Messi and Neymar in Ligue 1 next season, national midfielder Junior Flemmings says that comprehensive improvement to his game will be required for him to prepare for top-flight football in France.

After just five months with Toulouse FC, Flemmings will have to make the jump to playing in Ligue 1 after the club secured the Ligue 2 title. It is an opportunity that Flemmings says he is relishing, being one of the goals in his move to Europe from the United States.

“I am really excited and looking forward to the challenge. Moments like these are why we play sports,” Flemmings told The Gleaner.

Flemmings, a standout for Jamaica College, has largely plied his trade in United States’ second tier, working on his craft and building his name and now has an opportunity to make a transition, not many realise. However, Flemmings says that with the opportunity comes a greater demand to prove that he can compete at the elite level.

“If you ask me (what would I improve), I would say everything because the United Soccer League championship, Ligue 2 standard won’t cut it. So it has to be a completely holistic approach with everything, both physically and mentally,” Flemmings said.

“We are talking about one of the top five leagues in the world where world-class players would be participating, so it has to be twice as much work when that time comes.”

A LOT OF WORK

It will be that work that he hopes will translate to performances for the Reggae Boyz, who begin their new World Cup cycle with the upcoming Concacaf Nations League campaign, starting in June.

Flemmings has made just three appearances since his January move, all as a substitute, but is optimistic about his chances to be a factor for Toulouse FC in their first top-flight season in two years.

“This is yet the biggest accomplishment of my career thus far and I look forward to more of these special moments,” Flemmings said.

As for the national programme, there is just as much optimism from the hard-working winger.

“I think we are at a good place where the national team is concerned. It’s just for us to keep the core group (together) and continuously getting competitive international games during the breaks whenever we don’t have a game but so far, so good.”