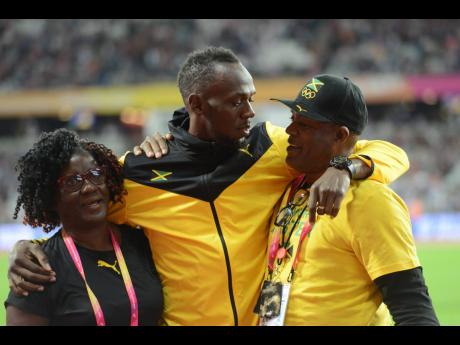 As the world recently celebrated Mother’s Day and we are fast approaching the end of Child Month, legendary sprinter Usain Bolt’s mother, Jennifer Bolt, is encouraging parents to support their children’s dream of having a professional sports career.

She encourages them to support their child in whatever way they can while finding out their likes and dislikes about the sport they do.

“Sometimes they (the parents) might think it is easy, but to get them to a professional level is not an easy task, so you would have to work with that child, encourage them and give your moral support,” she says.

She said she supported Usain by being there for him and making sure he did his school work and not just ran.

She said parents should try to make sure their child has a balance between academics and the sport they play.

“I would encourage others to help their child along the way. Whatever they want to do, you will have to encourage them,” she says.

“Show them the way and let them know ‘if you want to do that (sports) you will have to do this (schoolwork). You would have to work for what you want’.”

“And if you (the parents) can’t manage, get somebody to help them,” she advises.

She says that while they do this, they also have to encourage their child not to give up.

“For Usain, we did not have much of a challenge because he loves what he does,” she said.

NOT AN EASY ROLE

She says this supportive role is not easy, and parents will face some challenges.

She says one of the biggest challenges for her was Usain mostly competing on her Sabbath.

“It was very challenging because as a Seventh-day Adventist, it wasn’t easy,” she mentioned.

“We had to pray because, you know, running on Sabbath (is not recommended), and most of his competitions were on Saturdays.”

She says his father would be the one who mostly attended these Saturday meets because he was not an Adventist.

Despite this challenge, she says it was fun for her and his dad to support him because they also participated in track and field when they were younger.

“Going to watch him do what he likes best,” is what she said was the best part about her playing a supportive role.

She encourages parents to be part of the sports their child likes.