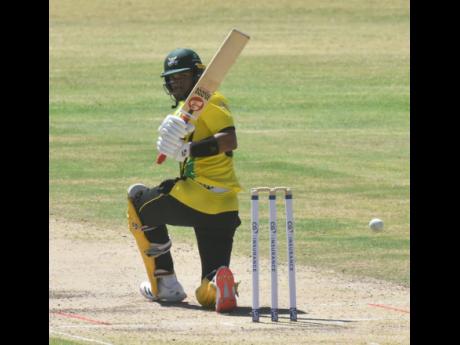 Brandon King scored his third first class century while Jamie Merchant got a half century to help the Jamaica Scorpions to healthy score of 346 all out, a lead of 209 runs against the Windward Islands Volcanoes at tea on day two of their West Indies Championship match at the Brian Lara Cricket Academy.

King who resumed after lunch on 53,went on to hit 22 fours in his unbeaten knock of 119. The right hander got good support from lower order batsman Merchant who made 58 with six fours and three sixes. The pair putting on 109 runs for the ninth wicket.

Over at the Queens Park Oval, opener Tagenarine Chanderpaul reached 135 not out, as the Guyana Harpy Eagles headed to tea at 437 for six against the Barbados Pride. Gudakesh Motie who is not out on 92, has so far formed a useful 124-run seventh wicket partnership with Chanderpaul. Akeem Jordan has so far picked up three for 94.

At the Diego Martin Sports Complex, the Trinidad & Tobago Red Force are on 102 for six at tea, replying to the Leeward Islands Hurricanes' first innings score of 357. Joshua Da Silva is not out on 41 and with him is Brian Charles on 18. Pacer Jeremiah Louis has taken four for 17.