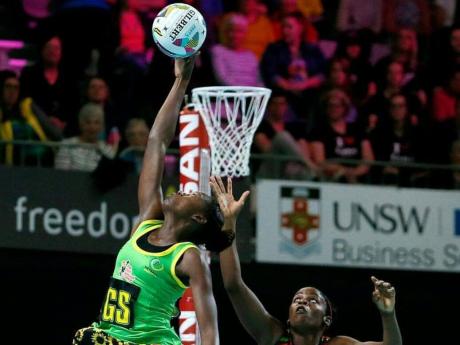 “Netball and our Sunshine Girls have always made us proud": Grange. - File photo

Netball Jamaica will be getting support worth $12 million from the Ministry of Culture, Gender, Entertainment and Sport to host the Americas Netball World Cup Qualifier for the 2023 Netball World Cup.

“The ministry and its agencies are providing $1.8 million to Netball Jamaica for team preparation; $2.5 million for transportation and will be covering the cost of rental of the National Indoor Sports Centre where the qualifier will take place from October 16-21, 2022,” said portfolio minister Olivia Grange at the launch of the Americas Netball World Cup Qualifier for which she has also accepted Netball Jamaica's invitation to be the official Patron.

Ten teams will be playing in the qualifier for the two remaining places that would see them competing in the World Cup. Jamaica is already qualified by virtue of its number four world ranking.

“I am proud, all of Jamaica is proud, of this first for Netball Jamaica; playing host for the staging of a Netball World Cup Qualifier. History will also be made when the next Netball World Cup, the 16th edition, takes place at the Cape Town International Convention Centre, South Africa, since it will be the first time that the tournament will be held on the African continent. South Africa has gained a reputation for the staging of world-class events so we can expect something extra special when they host the Netball World Cup,” said Grange.

“The upcoming qualifier will certainly serve to project Netball Jamaica afresh to the nation. Netball and our Sunshine Girls have always made us proud.”