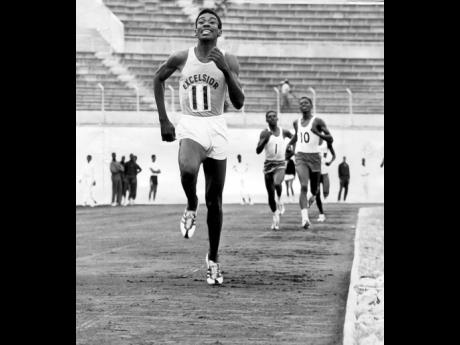 Gleaner photograph
Excelsior’s Neville Myton races away from the field in the final stages of an 880-yard event. 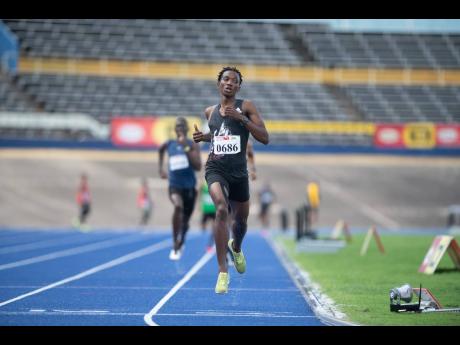 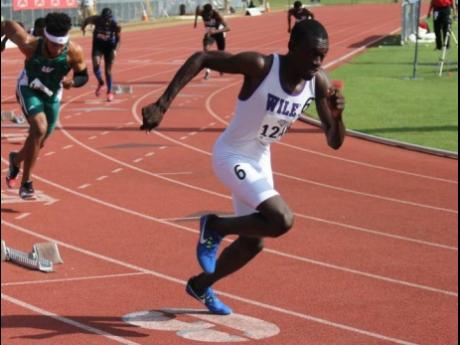 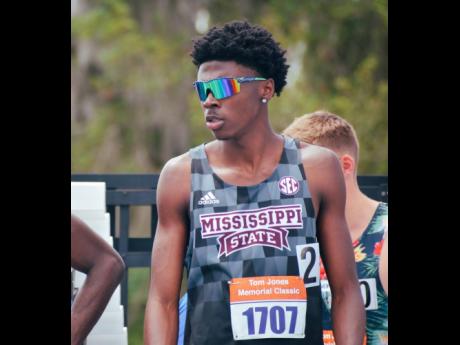 TWO-TIME OLYMPIAN Neville Myton died a year ago on May 19 and in a virtual act of respect, today’s exponents in Myton’s beloved 800 metres have accelerated in the weeks leading up to the anniversary. Three Jamaicans – Navasky Anderson, Rajay...

TWO-TIME OLYMPIAN Neville Myton died a year ago on May 19 and in a virtual act of respect, today’s exponents in Myton’s beloved 800 metres have accelerated in the weeks leading up to the anniversary.

Three Jamaicans – Navasky Anderson, Rajay Hamilton, and Kimar Farquharson –have broken 1 minute, 47 seconds in April, and Anderson pushed past 1:46 in May.

Anderson’s best came last weekend, with his long strides securing the gold medal for Mississippi State at the Southeastern Conference Championship in 1 minute 45.89 seconds. The effort vaulted Anderson to sixth on the Jamaica all-time performance list.

Add a time of 1:47.41 by Tarees Rhoden last week, and a 1:47.62 by Jamaica College captain J’Voughnn Blake in March, and it is the kind of advance that would have made Myton smile.

When he was alive, he constantly preached that Jamaica could be great in the 800 metres. On top of that, Myton recommended that speedy candidates be chosen to run the two-lap event.

His pro-speed stance is being proven right. Anderson, Hamilton, and Farquharson have decent foot speed, and Hamilton even campaigned as a 400-metre runner during his college days before he switched back to the two-lap event.

“My goal is not only to be the best 800m that passes through Jamaica,” Anderson pronounced after his breakthrough, “but also to bring the awareness and the spotlight to the younger generation letting them know that we can be dominant in the 800m as well.”

Farquharson will take another crack at the 800 metres today at the National Junior College Athletics Association Outdoor Championships. As Myton was for Excelsior and San Jose State University, Farquarhson is an integral part of his college team’s 4x400 team.

Farquharson and Myton have speed in common, but there’s more. The former Calabar High School star turns 21 tomorrow, eight days before what would have been Myton’s 76th birthday on May 28.

Stories of Myton’s magnificent training ethic abound. At Calabar, Farquharson put in the miles, too. At one training session in January 2019, he stuck to the task in a 4x400-metre session with the last one covered in 48 seconds.

All the movers in the recent advance in the men’s 800 have their assets. Young Blake seems to know how to run right near to his physiological redline without trespassing into the danger zone. Anderson burns with ambition. Hamilton brings his 46.07 second 400 speed, and Rhoden has the nine-foot stride of 1948/1952 Olympic runner-up Arthur Wint.

Nevertheless, Farquharson may well have the best tools for the task.

One thing is certain: if any of them or all of them become world class at 800, the accomplishment would be something Myton dreamt of.