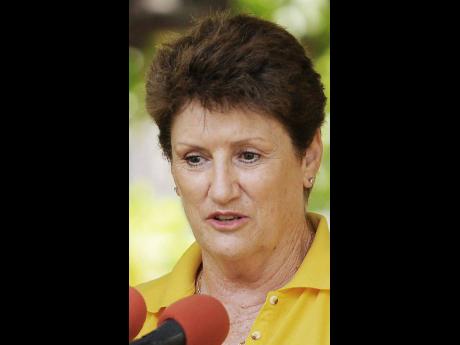 McIntosh, along with former England head coach Sue Hawkins, will be in charge of the workshop which is being put on by Netball Americas.

Marva Bernard, president of Netball Americas, said these coaching clinics are designed to help with the development of regional coaches.

“The dates are not yet finalised, but Americas Netball has, in partnership with World Netball, arranged with Jill McIntosh and Sue Hawkins to conduct this workshop. These ladies are members of the World Netball Coaching Advisory Panel and Jill is the chair,” said Bernard.

“Netball Americas wants to ensure that they seize every opportunity to train our coaches, as we believe that this will redound to the benefit of our players,” she said.

The eight-team championships, which will qualify two teams from the region to next year’s NWC in South Africa, will be held at the National Indoor Sports Centre, October 15-22. These two teams will join Jamaica, who have already qualified for the NWC.

Bernard, who is former president of Netball Jamaica, pointed out that a number of webinars have also been planned before the start of this year’s NWC qualifiers, which will be held in Jamaica for the first time.

“We are also having a series of webinars to empower and assist the members with establishing systems and structures within their administration to get better results on the field of play,” she said.

“These high-performance webinars will commence in August and end in September, in time for the start of the qualifiers,” Bernard stated.

“These webinars are open to all our members, and interest is coming from all over the netball world,” she said.

Bernard noted that these webinars will be conducted by former high-performance manager of Netball New Zealand Tracey Fear.