Nelson, Fowler sparkle but end on losing side 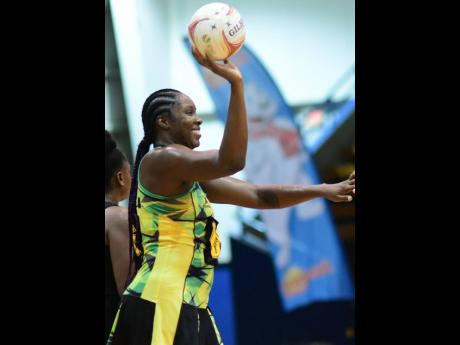 Shimona Nelson’s excellent effort went in vain as Collingwood Magpies suffered their sixth defeat of the Australian Super Netball Championship, with a 69-60 loss to Giants on Wednesday night.

Playing at the Silverdome in northern Tasmania, the 23-year-old Jamaican knocked down 50 goals from 54 attempts, but the effort was not enough to save Magpies.

The hosts looked in control of the contest when they led 17-15 at the end of the first quarter and 37-31 at the half-time whistle.

But they suffered an inexplicable second-half meltdown, outscored 38-23 to watch their victory bid disappear.

England international Jo Harten led the comeback for Giants, scoring 31 from 34 attempts while Sophie Dwyer supported with 16 from 21 attempts.

Magpies are one from bottom of the six-team league on 16 points while Giants are third on 20.

Thunderbirds controlled the contest from the outset, posting a 20-16 first-quarter lead which they converted into a 36-31 advantage, before stifling the Thunderbirds in the second half.

South African international Lenize Potgieter poured in a perfect 46 for the winners while Gretel Bueta netted all 27 of her shots for the losers.

Firebirds are fifth and Thunderbirds, sixth, but both on 16 points.

On Tuesday night, meanwhile, superstar shooter Jhaniele Fowler was again at her best but West Coast Fever saw their winning streak snapped by Melbourne Vixens, losing 70-64 at the RAC Arena in Perth.

The 32-year-old scored 48 goals from 49 attempts, a performance which proved insufficient as the hosts found themselves down 14-23 after the first quarter, and 29-37 at the half.

They fought back in the second half, outscoring Vixens 35-33, but the effort still fell short of what was required and now lie second on 28 points.

Vixen, who lead the standings with 32 points, were piloted by Malawi international Mwai Kumwenda, who netted 45 from 46 attempts.