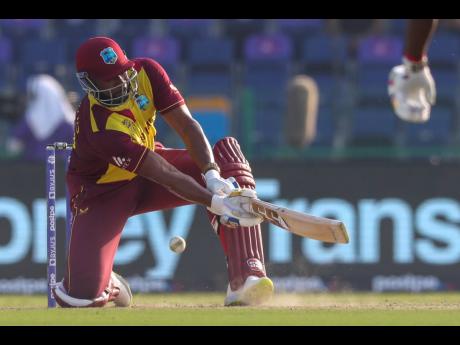 The 35-year-old will link up with sidelined West Indies off-spinner and fellow Trinidadian Sunil Narine for the campaign, which will see him featuring in domestic English cricket for the first time in over a decade.

Pollard, who quit international cricket last month, is also set to feature in the Hundred for London Spirit, meaning he will spend a significant period in England following his engagement with Mumbai Indians in the ongoing Indian Premier League (IPL).

“It has been quite some time since I’ve played county cricket and I’m thrilled to be returning to the Vitality Blast competition in Surrey colours this year,” Pollard said in the announcement yesterday.

“The Kia Oval is a special place to play, especially in front of a full house. This Surrey side is full of talent and should certainly be mounting a challenge for the title. I hope that my experience will add a vital ingredient to the club’s success this year.”

Pollard has endured a wretched season in this year’s IPL, averaging 14 with the bat from 11 innings with a best of 25, while taking four wickets from 14 overs at an economy rate of nearly nine.

Despite this, he has remained in demand globally, especially for his six-hitting powers which have come to characterise his game throughout a stellar white-ball career.

Pollard has plundered 11,571 runs from 592 appearances and has taken 308 wickets with his slow medium, numbers that prompted Surrey to move for the white-ball specialist.

“He brings an incredible range of skills, as well as experience at the very highest level of the sport. His all-round ability will make a significant difference to the depth of the squad.”

He is expected to make his debut in Surrey’s second home fixture against Gloucestershire at the Oval on May 31.

Surrey has not won a domestic T20 title in nearly two decades.