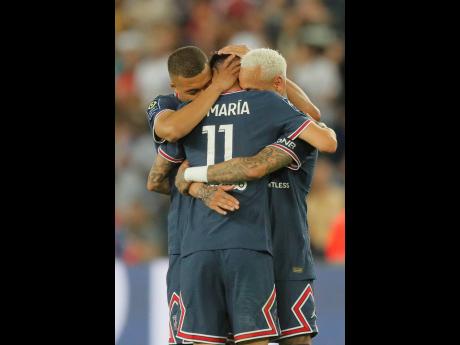 The Argentina winger’s contract is expiring and the French champions announced his departure late Friday night.

“Angel Di Maria has left a permanent mark on the history of the club,” PSG president Nasser Al-Khelaifi said.

“He will remain in the memories of the supporters as someone with an irreproachable attitude, who has defended our colors with faultless commitment.”

In his 295th and final game for PSG, Di Maria made his career tally of goals 92 and set up Mbappe’s first in the 25th minute with his club record-extending 112th assist. Struggling Metz were thoroughly thrashed, as Kyllian MBappe, who signed a new three-year deal, stole the show with a hat-trick in a 5-0 result.

The 34-year-old Di Maria scored 15 goals and had 25 assists across all competitions in his first season after joining in 2015, including the record for most league assists with 18.

Di Maria had some brilliant spells with PSG, where his combination of slick passing, speed down the wing, quick feet and excellent finishing carved defences open.

However, at other times, a lack of work rate when tracking back was criticised in some of the biggest games, especially when PSG lost tight contests in the Champions League.