Seville: I never expected the time (9.86), but I have been working on my technique and those things 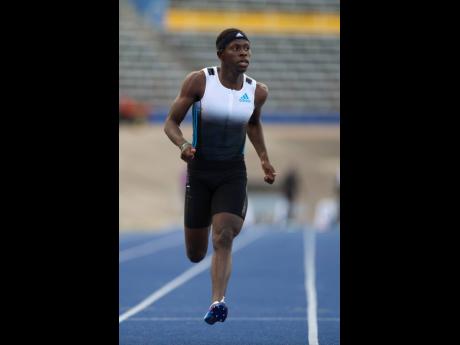 Jamaica’s newest male sprint star, Oblique Seville, says he is aiming to run much faster this season, but he admits that he must execute his races perfectly in order to lower his times.

The 21-year-old Seville lit up the JAAA/SDF Jubilee Series on Saturday inside the National Stadium when he clocked a personal best time of 9.86 seconds. His time shattered his previous best of 10.00.

He is now the fastest Jamaican in the world in 2022 and the second-fastest man in the world behind Ferdinand Omanyala from Kenya, who clocked 9.85 seconds in Nairobi, Kenya, on May 7.

“I never expected the time, but I have been working on my technique and those things, and so I am glad,” said Seville.

“It wasn’t a perfect execution because my start wasn’t that great, but I give thanks, as words can’t explain how I feel right now. I am just grateful,” he said. Conroy Jones was second in Saturday’s race in a personal best time of 10.14, and Emmanuel Archibald was third in 10.20.

Seville, who is coached by Glen Mills at the Racers Track Club, underlined that based on the training that he has been put under by the veteran coach, he was very confident that he would have run sub-10 this season.

“I know that I am in the shape to run sub-10 seconds, but I went back and fixed some technical issues because my landing wasn’t great, as I was landing on my heels. So I think that I am running upright at this time,” he said.

“It is a tremendous feeling knowing that I am among the great athletes in the world and I now have the second-fastest time in the world, so that is amazing for me,” said the former Calabar High School.