Zolotarova, Jamaica’s only representative for Senior Pan Am Karate Champs 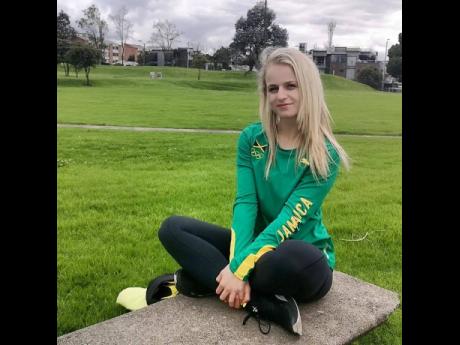 With the Jamaica Karate Federation (JKF) facing financial difficulties, Valentyna Zolotarova will be Jamaica’s only representative at the Senior Pan American Karate Championships in Curacao, May 26-28, 2022.

President of the JKF Tony Robinson says the federation is now focusing on developing the national junior team.

“Only Valentyna will be going because expenses are high right now because we are actually preparing a youth team for a major tournament in Mexico in August, so that’s our main focus right now,” Robinson said.

He said the national teams have been to several international meets since the resumption of sports, but training for these and upcoming competitions has been challenging due to the pandemic.

“It has been difficult to train because of the (COVID -19) rules … we have trained face to face but right now it is mostly by Zoom, and that is a bit difficult for us,” he said.

Robinson said that despite this, he believes that Zolotarova will do well at the championship and perhaps win a medal.

“We expect her to do pretty well as she is ranked very highly in the Caribbean region, and at her last tournament two months ago, she came fourth,” he said.

According to the World Karate Federation, Zolotarova is currently ranked 124 in the world for the -55kg weight class.

The 34-year-old is also hoping that she will medal at the championships.

“I want to win a medal for Jamaica,” she said. “I know it’s possible, and I also know that I am up against some very tough competition. The result will depend on who is able to make the right decisions in the moment and under pressure.”

The Ukraine-born athlete said her preparations for the tournament have been on track but that it has been difficult for her to cope with the ongoing war between Russia and Ukraine.

“Although I am far from my country of birth, the war has had a tremendous impact on me and my family,” she said. “However, Ukrainians, like Jamaicans, are strong and resilient. Challenges only make us more focused. I have prepared new tactics for the 2022 Pan American Championships, and I am eager to get in the ring and fight for Jamaica.”

Zolotarova has already represented Jamaica at the Tokyo 2020 Olympics qualification tournament, the 2021 World Championships, and the 2021 Pan American Championships.