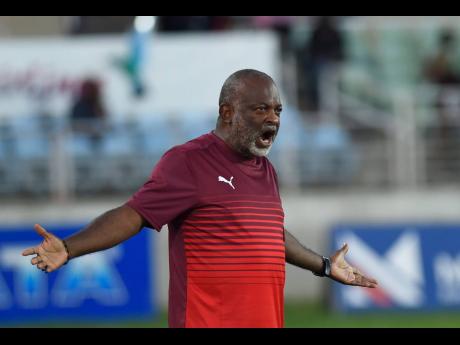 FALMOUTH UNITED’S president Brenton Rodney says the aim of getting to the Jamaica Premier League (JPL) next season starts with creating the sort of atmosphere that will see the people of Trelawny identify with the club when they kick off their second-tier football competition next Saturday.

The Elliston Wakeland Centre in the parish capital is where Falmouth United will host Wadada United in what will culminate a day that starts with a fish fry.

Rodney noted that while the extravagant kick-off to the season will also generate funds for the club, the main objective is to get the fans to fall in love with the team again.

“We are the representing team from the parish for the competition, so I expect people to gravitate to the team even more. People are hungry for football and we are looking forward to the support of the entire parish. We have tried to get as many players as possible from the communities within the parish,” Rodney said.

“We decided to use the opportunity to create a kind of party atmosphere for the club and the community. We believe it would be good to see everyone come out, support the team and throw their weight behind us. At the same time, we could earn from it to go into areas of the club that really need it,” he added.

Falmouth United have been inactive for more than two years after their brilliant 2020 campaign was halted by the pandemic.

AMBITIONS ARE THE SAME

“Pretty much our ambitions and everything remains the same to make it to the Premier League. We believe we can do it. We have a squad with 95 per cent of the players from the previous squad and the return of Dr [Dean] Weatherly who is loved by the Falmouth community from the days of Village,” Rodney said.

Rodney noted that he understands the concern from fans over the lack of physical presence of club owner Kymani Marley, but has assured that the adored owner will be around as soon as he finishes a movie he has been working on.

“He is very much involved like he has been from the start. This is his club and remains his club. I know his presence is not what it used to be, but he has been doing some work with a movie. However, very soon everyone will see him around again,” Rodney said.

“Marley has been supporting the club but we also believe that we can help take some of the cost off him through raising funds and help from the business community,” he added.

Coach Dr Dean Weatherly, who led the rise of Falmouth United dating back to 2018 when they were a Major League and taking them to within touching distance of the Western Confederation finals and Premier League play-offs three years ago, is back at the helm and looking forward to the season.

“The ambition is the same, we want to get to the premier league nothing has changed. The last time I was here I told them I was giving them two years. We didn’t hit the mark but hopefully this time around we can,” Weatherly said.

“The preparation is not even close to ideal based on the time of the announcement. It will be like preseason in a season but it’s just one that we have to work with. The squad that I have inherited has most of the players from the last time out, so it’s a contingent with a wealth of talent. It’s just for them to want it now and express themselves as we go along,” he added.