Lewis fails to fire as Super Giants bow out 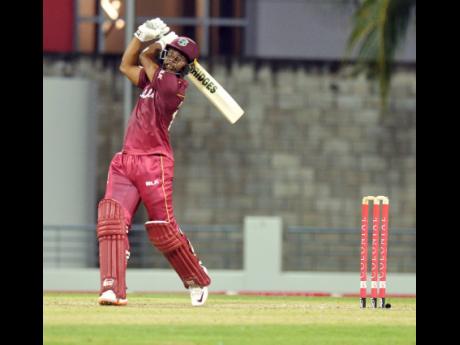 After Rajat Patidar’s unbeaten 112 left Super Giants with an imposing target of 208 for victory in the eliminator at Eden Gardens, they found themselves requiring 41 runs from the last three overs despite captain KL Rahul’s top score of 79.

When Lewis arrived at the crease in the 18th over, Super Giants still needed a further 35 from 15 balls but the West Indies left-hander failed to produce the fireworks required and ended unbeaten on two from six deliveries.

He drilled a single to cover off the first ball he faced before missing with a wild swing at the final delivery. And with Super Giants in need of a big over in the 19th, he failed to get bat on two balls – both wides – before scrambling a bye.

Lewis then watched as Rahul and Krunal Pandya (0) perished to successive deliveries, tilting the scales further in RCB’s favour, and leaving Super Giants with 24 to win from the final over.

The Trinidadian eked out a single off the first delivery and by the time he got back on strike, the game was out of reach with 15 runs needed form the last two balls. Two swings and misses summed up Lewis’s efforts.

Sent in earlier, RCB lost captain Faf du Plessis without scoring in the first over but Patidar put on 66 for the second wicket with Virat Kohli (25) and a further 92 in an unbroken fifth-wicket stand with Dinesh Karthik (37 not out) to get the innings up to 207 for four.

The 28-year-old Patidar struck a dozen fours and seven sixes in his 54-ball knock to complete his maiden T20 hundred.

In reply, Quinton de Kock’s early demise for six set Super Giants back before Rahul put on 33 for the second wicket with Manan Vohra (19), 96 for the third wicket with Deepak Hooda (45) and 36 for the fourth wicket with Marcus Stoinis (nine) to salvage the run chase.

Australian fast bowler Josh Hazlewood (3-43) made two key strikes in the 19th with the wickets of Rahul and Pandya to turn the tide.