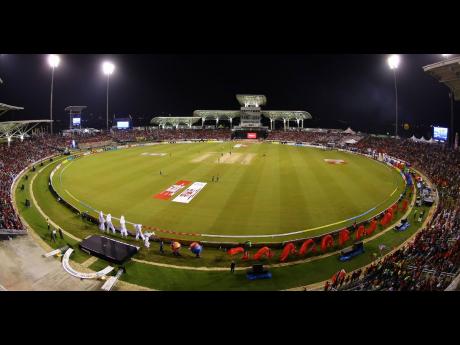 Rain injected new intrigue into the final round of the Regional First-Class Championship by forcing a complete abandonment of the second day in all matches here yesterday.

Not a ball was bowled at any venue as the inclement weather across the island kept players off the field at the Diego Martin Complex, the Queen’s Park Oval, and the Brian Lara Stadium.

Rain is also in the forecast for the two remaining days of the round with brief showers anticipated on Friday’s third day and occasional showers on Saturday’s final day.

Leeward Islands Hurricanes will be keeping anxious watch on the skies at the Brian Lara Stadium, after entering the final round on 65.4 points, less than two points behind title-holders Barbados Pride (67).

They were frustrated by Jamaica Scorpions on Wednesday’s first day, Paul Palmer Jr hitting a career-best 143 not out to help his side recover from 61 for five to reach 302 all out the close.

With the window for an outright win swiftly closing, Hurricanes will be hoping for sunny skies on the remaining days in order to keep pressure on Pride.

In contrast, Pride dominated the opening day of their contest against Windward Islands Volcanoes at the Diego Martin Complex, dismissing their opponents for 203 and then racing to 109 for one at the close.

However, the Kraigg Brathwaite-led unit will also want to wrap up an outright win to avoid any surprises.

The other game at the Queen’s Park Oval will see hosts Trinidad and Tobago Red Force resuming from 203 for nine against third-place Guyana Harpy Eagles, with neither team in contention for the title.