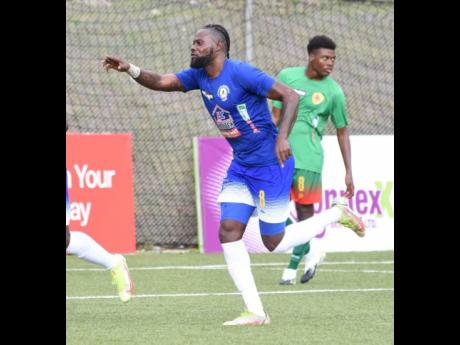 Waterhouse could only extend their lead atop the Jamaica Premier League (JPL) to one point as they drew 1-1 with third-place Mount Pleasant in their rescheduled fixture at the Drax Hall Sports Complex yesterday.

Mount Pleasant captain Ladale Richie inadvertently gave league-leading Waterhouse the early advantage four minutes before half-time as he turned the ball into his own net. However, Mount Pleasant responded, thanks to a Ricardo Morris strike in the 53rd minute to restore parity. However, despite getting chances, both teams had to settle for a share of the points, which leaves Mount Pleasant still in third place with 38 points and Waterhouse on 43 points, but with a game in hand. It is a result that extends Waterhouse’s unbeaten league run to eight games while Mount Pleasant have stretched their unbeaten run to six.

Waterhouse’s return from Caribbean Club Championship duty resulted in them playing their second game four days after clipping Tivoli Gardens 1-0 on Monday at the Anthony Spaulding Sports Complex. It is the second game in a brutal stretch, as they will face Vere United on Monday and will still need to play Harbour View before their regular-season finale against fourth-place Waterhouse.

Second-place Dunbeholden, their nearest challengers for first place, won on Sunday, defeating Portmore United 1-0, and a Waterhouse win yesterday would have put them three points clear with three games left.

Meanwhile, Mount Pleasant are four points adrift of Dunbeholden. St Catherine-based Dunbeholden, however, still have a game in hand. The St Ann-based Mount Pleasant will complete the regular season with games against reigning champions Cavalier on Sunday and Portmore United on June 12.