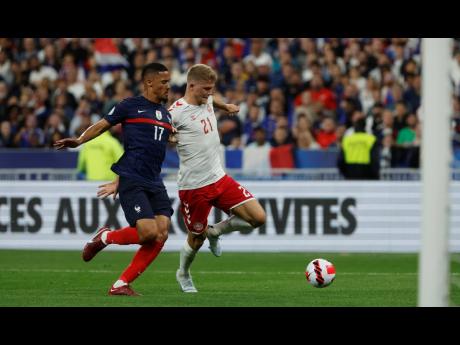 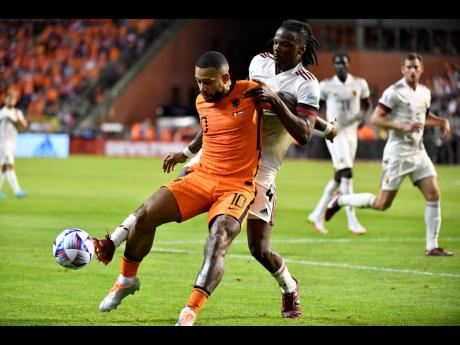 AP
Netherlands’ Memphis Depay (left) shields the ball from Belgium’s Dedryck Boyata during the UEFA Nations League football match between Belgium and the Netherlands, at the King Baudouin Stadium in Brussels yesterday.
1
2

After Karim Benzema put the hosts in front, substitute Andreas Cornelius scored twice to earn Denmark their first win over France since the 2002 World Cup. Cornelius levelled with a fine volley then hit the winner in the 88th minute.

Meanwhile, Memphis Depay scored twice as the Netherlands produced their first win against bitter rivals Belgium in 25 years by 4-1 in Brussels, in another group in the top-tier League A.

A week after the Champions League final was marred by crowd chaos, there were no reported incidents at the Stade de France this time.

France were under pressure in the opening 10 minutes but gradually found the right balance and created their first good chance in the 13th minute through Benzema, back at the Stade de France a week after he claimed the Champions League trophy for Real Madrid.

The move signalled a good spell of dominance for France, with Benzema and Kylian Mbappé combining well to unsettle Denmark’s defence.

Denmark managed to keep the hosts at bay by closing down space.

Mbappé, who appeared to pick up an injury, was replaced by Christopher Nkunku after the break. He had an immediate impact and in the 51st minute set up Benzema, who dribbled his way past defenders and shot low for his 37th international goal.

But Cornelius beat the offside trap and volleyed into the net in the 68th. Christian Eriksen came close in the closing stages but France keeper Hugo Lloris made a decisive reflex save to deny his low strike.

Cornelius then gave Denmark the win after connecting with a lofted ball. He resisted defender William Saliba’s challenge and fired into the top corner.

The Oranje had 11 attempts on goal in the first half and broke the deadlock five minutes before the interval. After collecting a pass from Frenkie De Jong with his back to the goal, Steven Bergwijn quickly turned and unleashed a 25-metre strike into the net.

Romelu Lukaku endured a frustrating night, leaving the pitch after 27 minutes after getting a knock, having touched only a few balls.

Depay doubled the Netherlands’ lead after a poor pass from Dedryck Boyata was intercepted in midfield. Steven Berghuis launched the counter with a deep pass for Depay, who beat Mignolet with a powerful strike.

Denzel Dumfries made it 3-0 in the 61st, and Depay completed his brace soon after from Daley Blind.

In one other League A result, Austria blanked hosts Croatia 3-0.