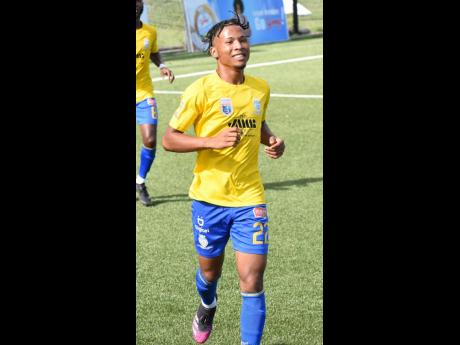 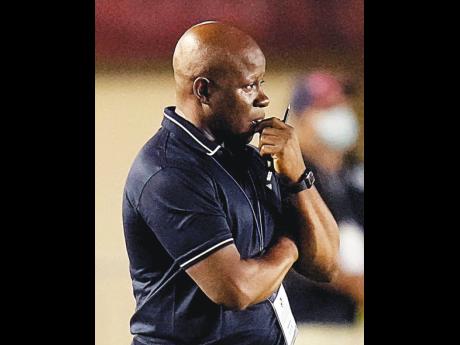 The Reggae Boyz head into their Concacaf Nations League match this evening at 6 p.m. at the Franklin Essed Stadion in Suriname on the back of a 6-0 drubbing from Catalonia in an unofficial international friendly last week.

Despite the result, which many local football observers have described as humiliating, coach Paul Hall insists it was a great experience and believes the gap between the teams gave the players an indication of how much they need to improve.

However, he said there have been no ill effects from the defeat and that they go into today’s match with more familiar players and a different objective.

“When you step up in class, that is when you understand that you have to get better. This is not a physical manifestation of where we want to be. It was no surprise how good they (Catalonia) were, and they were brilliant.

“That was like a Spain B team. So we have to understand where we are and I have said that to the players.

“So, for me, the Catalonia game was a fantastic game. I wish we could do this even more because the players saw what world class look like and we see how far we were from the Catalonia team,” he said.

“We had a group of players who didn’t know each other. They had just come together. So, yes, we are coming off the back of that game but now we have different players and a different competition.

“We will not play Catalonia every week but we want to play teams at the level and then we will not be as shell-shocked playing against them in the future.

He noted there were many positives from that game, especially with some young players putting in good performances.

“(Tyreek) Magee was good in possession and Oquassa Chong came out looking good and our general approach was good,” he contends.

The England-born former Reggae Boy has also been facing heavy criticism from local football fans who are not yet convinced after six defeats and one win in eight matches.

Hall, who gets his first official test in his second stint as head coach this evening, says he expects the job to come with pressure because it is a results-based business.

Nevertheless, he insists his focus is on creating a competitive team in the long term.

“I know you always have to deliver. If you do not deliver, you will not carry on with job, because it is a results-based industry.

“So, the pressure is the same as it as always been. And pressure is always in it. There will be a lot of people saying what they want to say. But I have a job to do and my aim is to get Jamaica to be a formidable force in four years’ time,” he said.