‘Get it over with’ 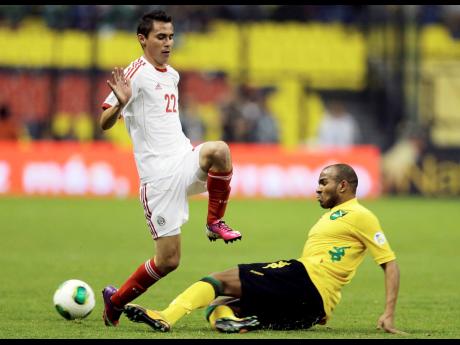 FORMER REGGAE Boyz skipper Rodolph Austin says the attitude of the Jamaica Football Federation (JFF) to the latest controversy to surround the organisation leaves much to be desired. The midfield strongman, who now plays centre half for Jamaica...

FORMER REGGAE Boyz skipper Rodolph Austin says the attitude of the Jamaica Football Federation (JFF) to the latest controversy to surround the organisation leaves much to be desired.

The midfield strongman, who now plays centre half for Jamaica Premier League side, Portmore United, said issues were not new to the JFF, but there were better ways of handling them and that the latest tack of the sport’s governing body was fostering distrust.

“The players will always want to represent the country, there’s never been a player who wouldn’t want to go on the field and play but sometimes the players have to put down their feet so that these guys will see that they are serious,” he said.

Austin was responding to the situation where players demanded the resignation of JFF general secretary Dalton Wint, saying they would not play until those demands were met.

According to the veteran footballer, central figures in the saga have gone quiet on the issues and that was not the way to go about treating them.

“When you have issues, you have to deal with them, face it and get it over with,” said Austin.

Austin played for the Reggae Boyz under the administration of the late Captain Horace Burrell and at one point Crenston Boxhill, and spoke of the way things were handled at the time.

“Captain (Horace Burrell) was there at that time and he had the experience to deal with these things, he dealt with them and put the country first,” said Austin.

‘Confusion’, ‘frustration’, were just some of the words Jureidini used to describe the situation, saying the JFF was going through a leadership crisis.

“If you’re resigning, you resign,” he said, speaking of Wint’s promise to demit office which has gone unfulfilled two weeks after its issuing.