We have to hold our nerves to beat Barbados – Brooks 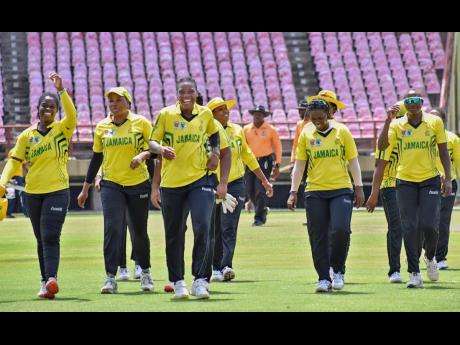 Jamaica women’s head coach Shane Brooks said his team will have to hold their nerve and be consistent with both bat and ball if they are to beat Barbados and secure the Women’s Super 50 title today in Guyana.

Both sides scored convincing victories in their respective semi-finals, with Barbados getting by Trinidad & Tobago by nine wickets and Jamaica defeating hosts Guyana by eight wickets.

To date, the Jamaicans have not beaten the Barbadians in this year’s competitions, and Brooks knows all too well what will be required if the team is to secure the limited-overs trophy to add to the T20 title they won recently.

“We have no doubt in our ability, but in games we played against them we showed a bit of fear. We will have to pick up the pieces and remind these players that we have more experience than them and we have the best batting unit and quality. We just have to turn up on the day and deliver the goods.”

BATTLE BETWEEN BAT AND BALL

The encounter is expected to be a battle between bat and ball as the Barbados team has the top three batters in the tournament with Hayley Matthews and the Knight sisters, Kyshona and Kycia, scoring close to 400 runs so far.

For the Jamaicans, they have the tournament’s two leading wicket-takers in Vanessa Watts and Chinelle Henry who have nine and eight wickets respectively.

The Jamaicans, who last won the tournament back in 2014, will be banking heavily on opener Rashada Williams and captain Stafanie Taylor along with Jodian Morgan and Henry.

For Brooks, the power play will prove crucial and the team that comes out on top in that phase should be well on their way to victory.

“They have been getting some wickets with the new ball in the power play which has set up victories for them. We know that the power play will be very important with both bat and ball, so if we can come out on top of the power play with an advantage, it will be beneficial to our team.”