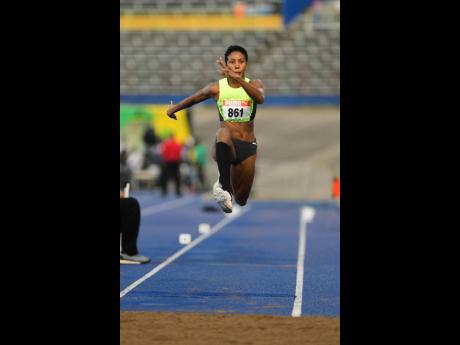 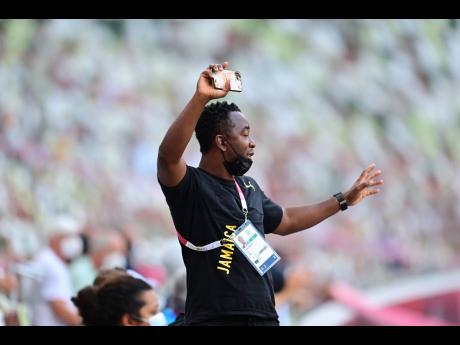 WORLD Championships triple jump silver medalist Shanieka Ricketts produced a first-round effort of 14.27 metres to lift her to a fourth national title at last weekend’s JAAA National Senior and Junior Championships at the National Stadium, and according to her husband and coach, Kerry Lee-Ricketts, they approached the championships like they would a regular training session.

“Over the years, the National Championships is not conducive to big jumps; and then the weather was a factor. Honestly, it was like a training week ... we approached it like a training session. There is also the fact that she already had the qualifying standard,” he said.

Coach Ricketts also voiced his displeasure with how he sees field events being treated at the championships over the years.

“To be frank, I am not pleased with how field events are treated in Jamaica. If it’s going to be four athletes, it’s going to be rushed. Even though World Athletics has changed the time between jumps from 30 seconds to a minute, we are still actually using the 30 seconds, even when there are just four athletes competing,” he said.

Ricketts has a personal best of 14.98 in the triple jump, a distance achieved last year in Doha, Qatar, but her coach has no plans to place emphasis on getting her over the 15-metre mark for the moment.

“Our plan is to get on the podium at Eugene. It’s a long season, there is the World Championships, Commonwealth Games, and three more Diamond League meets. All I’m trying to do is just to keep her healthy throughout the season. We are hoping 15 metres will come, but that’s not a target for the World Championships,” coach Ricketts said.

The World Athletics Championships in Eugene, Oregon, will run from July 15-24.