Alia is here to help 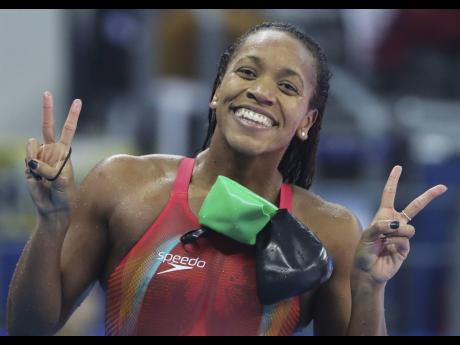 AP
Alia Atkinson celebrates after winning the gold in the women’s 100m breaststroke at the 14th FINA World Swimming Championships in Hangzhou in eastern China’s Zhejiang Province on Saturday, December 15, 2018. 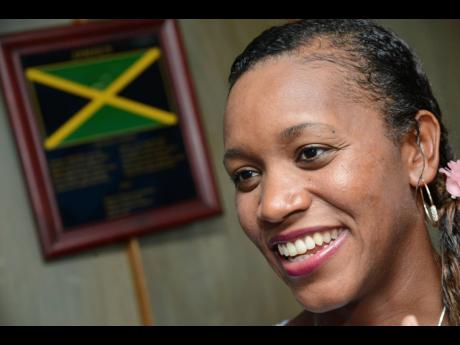 By the time two-time 100 metres breaststroke Olympic finalist Alia Atkinson retired in December, she already harboured a dream of helping her sport develop. Now, as the new chairperson of the International Swimming Federation (FINA) Athletes’...

By the time two-time 100 metres breaststroke Olympic finalist Alia Atkinson retired in December, she already harboured a dream of helping her sport develop. Now, as the new chairperson of the International Swimming Federation (FINA) Athletes’ Committee, she is about to take on a new challenge: making things better for those who follow in her footsteps.

“When I was originally planning on being a member, I was just planning on being on the board, so that means just a member of the association, overlooking maybe swimming for the Americas. That was my intention,” she said on Thursday. “However, throughout the process of this entire six months, getting to know some people on the board already, it was brought to my attention that maybe I should set my sights a little higher and go for chairperson,” she explained.

Since her four-year remit covers synchronised swimming, water polo, diving, high diving, open water swimming as well as swimming, Atkinson is keen to learn from her counterparts in other areas of the sport.

“I’ve definitely seen what can be improved in the swimming aspect but also the equality. There are different countries that need a bigger push, that need more help with development and I think those are areas that have been neglected in the past and that’s somewhere we can go and take charge,” she proposed.

“However, I do believe there is an importance of understanding other sports and understanding what it takes, so it’s talking to the other members, talking about their journey and how they reached where they are and why do they want to continue this path with me on the committee to help improve their sport,” she emphasised.

“As a swimmer, it was more about popularising the sport and trying to allow the public to see swimming as not just a sport but a life skill to get them in the water and to get them to learn how to swim,” she reflected. “Now on the other side, managerial type work, it’s more how do I help finance and facilitate as many opportunities to allow that. I feel like I have a different approach to everything now,” said the first black woman to set a swimming world record, “and I have the means to see it through this time.”

Now 33, the five-time Olympian sees huge potential for open water events and diving. “Diving is something I see in Jamaica so much in the countryside and just in the hills and the mountains,” she said. “If we can find that pool [of athletes], educate that pool and allow diving to be something that can be taught, even if you don’t continue, but taught safely, we think we can bring about diving as a fun new exercise to do as well,” Atkinson stated.

Her 20-member team will explore the full range of aquatic sports.

“So it’s educating the region into how many other sports we can do. Just because nobody has done it yet, it doesn’t mean it’s something we can’t venture into and succeed in,” Atkinson concluded.