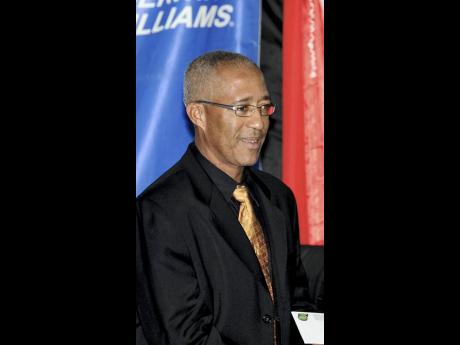 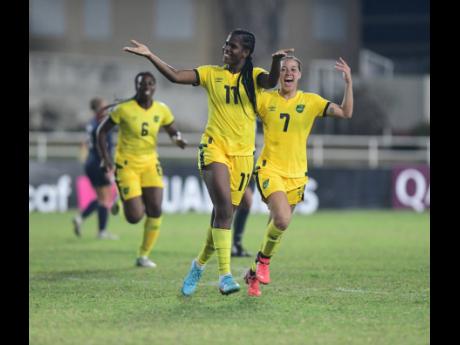 Former national senior women’s coach Charles Edwards says that, for the moment, he is pleased with the cooling of off-the-field issues that had engulfed the team for weeks as preparations continue for their final-round World Cup qualifying campaign...

Former national senior women’s coach Charles Edwards says that, for the moment, he is pleased with the cooling of off-the-field issues that had engulfed the team for weeks as preparations continue for their final-round World Cup qualifying campaign.

His comments come as interim head coach Lorne Donaldson released his 24-person squad for the Concacaf Women’s Championship on Tuesday, with the team already in Monterrey, Mexico, the host city for the tournament. The Reggae Girlz have completed a four-day camp in Mexico and will open their campaign on Monday against the host nation, Mexico.

The squad includes 13 players that were a part of the 2019 Women’s World Cup squad, including Manchester City’s Khadija Shaw, Florida State University’s Jody Brown, FC Gintra’s Trudi Carter and Kansas City Current’s Sydney Schneider. Among the new faces for this cycle are former Liverpool defender Jade Bailey and Tottenham Hotspur’s Drew Spence who represent the integration of the English-based players that have featured in the first round qualifying such as Rebecca Spencer and Paige Bailey Gayle.

Edwards says that he believes in the strength and experience of the squad, despite the lack of practice games, and sees their training camp in Colorado as critical to their chances of qualifying for back-to-back World Cups.

“I think it is a very good squad. Being able to train at altitude for two weeks is a fantastic thing for them, and I am happy about that. Where the practice games are concerned, I am a little concerned but experienced coaches know how to put certain things in place, especially when he is fairly familiar with the players,” Edwards told The Gleaner. “There is no replacement for practice games. It is just a situation where they may have high-pressure training sessions and squad games and you just have to work yourself out from there.”

The camp was put together in the aftermath of Donaldson being confirmed as interim head coach in early June. He took over from Vin Blaine who resigned in May following a letter from members of the team to the Jamaica Football Federation calling for his removal because of poor preparation and lack of communication. Edwards says that he is pleased that the dust has settled somewhat and that the focus is now on getting out of a difficult group that consists of Mexico, world champions the United States, and Haiti.

“What I am happy about is that there haven’t been any more incidents (that we know of). I am excited about that part of it because there were incidents after incidents in the last couple of months,” Edwards said. “It was a situation where a lot of us were worried and concerned as to where we would end up. We are incident-free now and I am happy.”

Donaldson, in an interview with The Gleaner on June 11, said that it was important for the fans to get behind the girls, despite the negative feelings that resulted from the dispute.

“A lot of stuff has been said about the girls and right now we need to move on and get on with this. And it would be good to have the public behind them,” Donaldson said.