Windies looking to shrug off T20 rust against Bangladesh 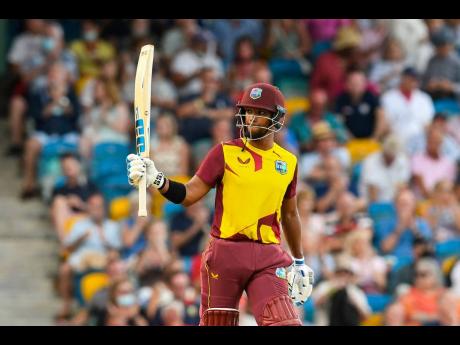 It’s been just over four months since the West Indies engaged in a T20 encounter, and the new-look side now led by Nicholas Pooran will be hoping that they can break a three-game losing streak against a vulnerable Bangladesh side today in Dominica starting at 12:30 p.m. Jamaica time.

With inclement weather in the forecast, the encounter could come down to which team finds their best form from the get-go on an unpredictable Windsor Park surface that has not had any international cricket since 2017.

Buoyed by their two-nil Test series win against the Bangladeshis, the West Indies will be confident that they can get over their opponents despite coach Phil Simmons possibly having a selection conundrum with regard to his final eleven.

Having starred with the bat following his Man of the Test series performance, Kyle Mayers may be asked to open the innings with Brandon King, who scored 26 runs in his last two innings against India in Kolkata in February.

Shamarh Brooks, captain Nicholas Pooran and new vice-captain Rovman Powell are expected to round out the new-look middle order with Devon Thomas and the hard-hitting Odean Smith rounding out the batting.

Left-arm spinner Akeal Hosein is once again seen as the trump card with the ball for Pooran, with fellow spinner Hayden Walsh Jr also in line for a game with the Windsor Park pitch likely to take some spin as the contest goes on.

Romario Shepherd, Alzarri Joseph and Smith are expected to provide the seam options.

Bangladesh are also trying to find their best line-up, especially their opening position which could see newcomer Munim Shahriar partnering with Liton Das, who could also don the gloves.

After skippering the Test side, Shakib Al Hasan will relinquish the captaincy to Mahmudullah with the duo slotting into the number three and four positions in the batting order.

Afif Hossain and Nurul Hasan are expected to fill out the top order with all-rounders Mehidy Hasan and bowlers Taskin Ahmed, Nasum Ahmed, Shoriful Islam and Mustafizur Rahman rounding out the eleven.