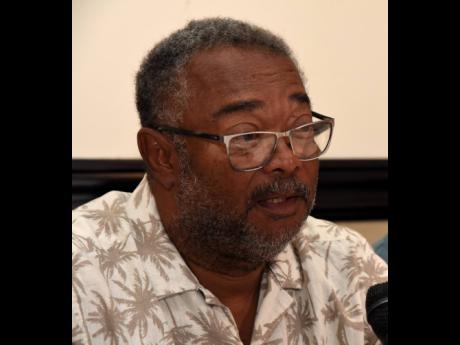 THE BEST season in the history of Dunbeholden Football Club could culminate in a maiden Jamaica Premier League (JPL) title this evening.

When they take on Harbour View in the 2022 JPL final at 6:00 p.m. at Sabina Park, midfielder Fabian McCarthy and manager Paul Christie hope they will be able to reward their head coach Harold Thomas, who has transformed the club’s mindset, and the community that has stuck by the team throughout their journey.

Since making their league debut in 2018, Dunbeholden have had to go through the growing pains of a new team looking to find its place.

Their previous chases for a play-off spot have come up short, especially last year when they lost the last regular season final to miss out on the postseason, their first season under Thomas, who was appointed in July 2021.

It is that failure that is being used as motivation this season, explained McCarthy during a pre-game press conference.

“We came together and said that we had no one to blame but ourselves. So we said next season will be a different thing. We set goals and we crushed them this year,” McCarthy said.

“We had an extensive post-mortem to our 2021. We understood what transpired, and what went wrong. Our season in 2022 is not a surprise to us,” Christie said.

It may not have been a surprise to them, but that is not true for the league and its fans who have witnessed the meteoric rise of the club.

Dunbeholden finished in second place in the regular season, their best-ever finish, setting club records for most wins in a JPL season (13) and most points (44).

McCarthy admitted that the standards had dropped a bit when Thomas was away for personal reasons, but that it didn’t take long for his demanding and disciplined nature to refocus the group.

“There is always room for improvement (with him). When he was away, some players lose it easier. When he came back, it said a lot. There was a big difference,” McCarthy said.

For Thomas, success in 2022 has been the result of a well-defined framework for the team in his second season in charge.

“Initially, when I came in, they were a talented group of players. The ambitions weren’t clearly defined and we were just playing football. (But) we have set some goals, some individual targets for players and they have bought into the programme,” Thomas said.

“For me personally, (a victory) is seeing this dream come alive and to try and take them to that platform for development for the club for the future.”

That future is what the Dunbeholden community is excited to witness as McCarthy and Christie want to reward them with the title that their support deserves.

“They give us their unrelenting support. They are aware of the moment and they are happy to know that they are here to see this moment unfolding in front of their eyes,” Christie said.

With a win, they could become the 14th team to lift the title.