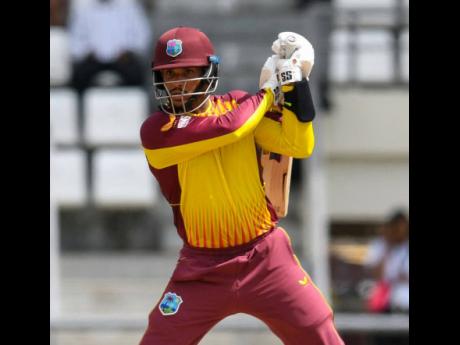 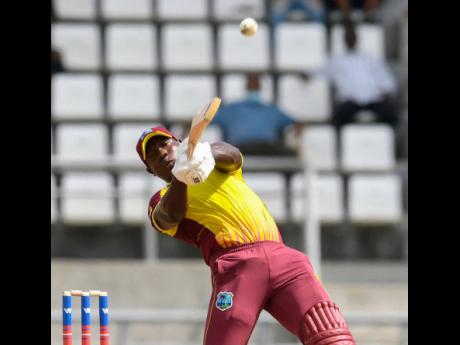 The rain certainly stayed away for the second T20 International between the West Indies and Bangladesh in Dominica, and the home side ensured that they went one-nil up in the three-match series following a 35-run win.

Following Saturday’s abandonment in the first T20, the regional side decided that they would take first use of the Windsor Park pitch in game two, and that decision proved crucial as the Jamaican pair of Rovman Powell and Brandon King chalked up half-century knocks to ensure that the Windies had a challenging total on the board.

King showed that he is in good nick at the top of the order with some lovely strokes through the covers to start off proceedings despite the Windies losing Kyle Mayers for 17 and Shamarh Brooks for nought with just over three overs bowled.

King would find a useful partner in his captain, Nicholas Pooran, and the pair batted until the 13th over and added 74 runs. The right-handed Jamaican took just 36 balls to bring up his third T20 half-century with six fours and a six.

Pooran helped himself to three fours and a six in his brisk 34 off 30 balls before he fell to Mosaddek Hossain.

That wicket brought Powell to the crease and he and King continued to milk the Bangladeshi bowling with Powell leading the charge with a player-of-the-match performance.

The Old Harbour-native took just 20 balls to bring up his fourth T20 half-century with two fours and five massive sixes.

King would get to 57 before he became the first of two wickets for Shoriful Islam while Powell would be left not out on 61 off 28 balls with a strike rate of 217. Another Jamaican, Odean Smith, didn’t want to be left out of the party, and he blasted a six to be unbeaten on 11 from just four balls as the West Indies closed their innings on 193 for five.

With a run rate of close to 10 runs per over, the Bangladeshis knew it would have been a tough ask, and they got off to the worst possible start when Obed McCoy picked up two wickets in two balls in the second over of the innings.

Once again it was Mr Dependable, Shakib Al Hasan, who had to rescue the run chase, and he batted all of 17 overs to be not out on 68 from 52 balls with five fours and three sixes.

His effort wasn’t enough in the end, as the Windies bowlers stifled their innings, and the visitors fell short by 35 runs as they got to 158 for six.

Afif Hossain chipped in with 34 from 27 balls, with McCoy and Romario Shepherd bagging two wickets each. The sides will now fly to Guyana to complete the T20 series, with the third match at the Providence Stadium on Thursday.