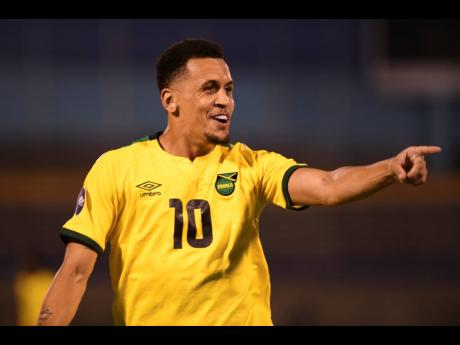 Morrison will join up with DC United’s head coach Wayne Rooney, whom he played under at Derby County last season.

“Ravel is an incredible talent and his ability to create and score goals is impressive. He has played at the highest levels during his career and his vision, creativity and ability on the ball will be a huge asset for us,” he said.

Morrison’s deal with DC United is reportedly until 2023 with an option to renew for 2024.

The 29-year-old Morrison made 38 appearances for Derby County last season while scoring five goals for the club.

He has made 14 appearances for the Reggae Boyz while scoring two goals.

DC United will be his 13th club in a career that has included stints with English clubs Manchester United, West Ham and Queen’s Park Rangers, Italian club Lazio, and teams in the Netherlands, Sweden and Mexico.