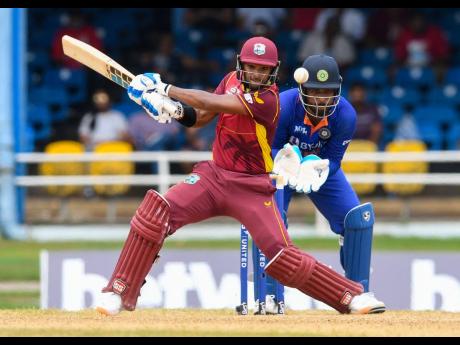 WEST INDIES are hoping a change of scenery results in a change of fortunes, when they clash with India in the crucial fourth Twenty20 International of the five-match series at the Central Broward County Park Stadium today.

The hosts flopped spectacularly in the opener at Brian Lara Stadium in Trinidad, losing by 68 runs before drawing level in the first of two T20Is at Warner Park in St Kitts, winning by five wickets last Monday.

India pulled ahead with a seven-wicket win in the second game of the double-header 24 hours later and West Indies are cognisant another defeat will condemn them to a fifth series loss on the trot to the Asian powerhouses.

The Caribbean side have not won at the United States venue in six years, losing four of their last five T20 Internationals with the other game finishing in a no-result.

But captain Nicholas Pooran said his side was looking forward to a series-levelling win at what is a “beautiful” venue.

“It looks really good to be honest. The pitch looks nice to bat on; there’s a nice wind factor as well,” Pooran told media on the eve of the game in south Florida.

“It’s a bit hot but I guess we’re accustomed to the sun now, but the venue is beautiful.

“We just need to continue doing what we have been doing in the first couple games, finding ways to win and just understanding when we are in those moments, just fight it out a bit more, especially with the bat and the ball.

“I think we have been moving forward but unfortunately we haven’t been consistent in terms of wins.”

West Indies lost back-to-back T20Is to India here in 2019 and also tasted defeat in a similar double-header to Bangladesh the previous year.

All told, they have won only 14 of 34 T20Is over the last 20 months, failing to find consistency as the side has undergone an overhaul, especially since the T20 World Cup last October.

Pooran said he expected performances to improve as players became more knowledgeable about each other.

“And it’s not about individuals, it’s about everyone doing exactly what the team requires in that moment and I think we have been doing that.

“Again, unfortunately we haven’t been getting the wins but winning and losing is contagious and we know as a team we’re doing a lot of right things, and hopefully eventually we will start to win games.”