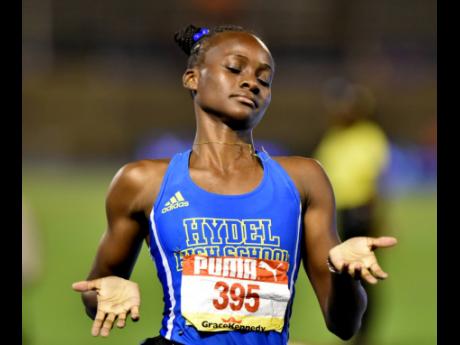 Jamaica’s Kerrica Hill came through strongly to claim the gold medal and the championships record in the 100 metres hurdles at the World Under-20 Championships at the Pascual Guerrero Olympic Stadium in Cali, Colombia on Saturday.

Teammate, Alexis James, who led for most of the race, won the silver.

James was the best starter of the eight finalists and she had control of the race until the eighth hurdle, where Hill passed her and powered away to a comfortable victory.

Hill established a new championships record of12.77 seconds, with James, like Hill, also doing a personal best of 12.87 for the silver as Hungary’s Anna Toth won the bronze with a national Under-20 record of 13.00.

Jamaica passed the United States of America (USA) with 13 medals. These are five gold, four silver and four bronze.