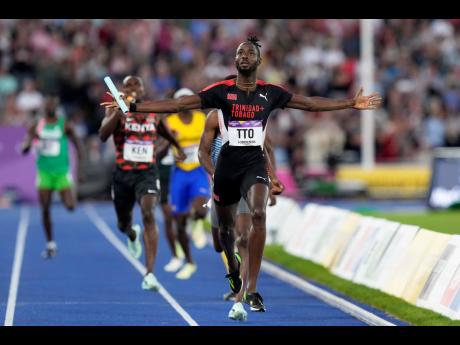 AP photo
Trinidad and Tobago’s Jereem Richards crosses the finish line to win the gold medal in the men’s 4x400-metre relay inside Alexander Stadium at the Commonwealth Games in Birmingham, England, yesterday. 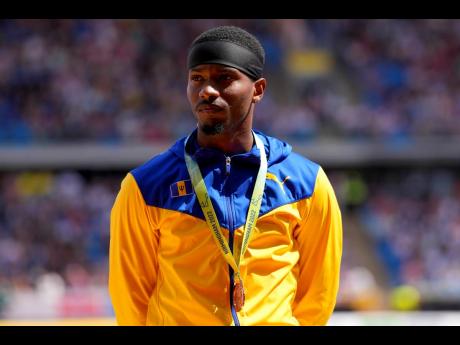 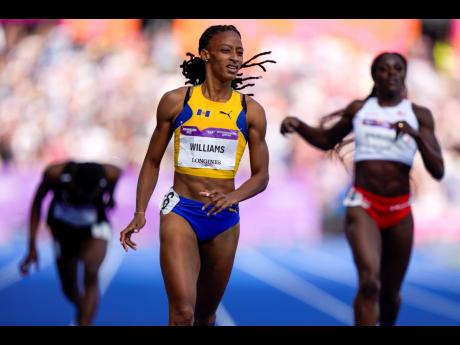 AP photo
Sada Williams of Barbados reacts as she crosses the finish line to win the women’s 400 metres in the Alexander Stadium at the Commonwealth Games in Birmingham, England, yesterday.
1
2
3

BARBADIAN SADA Williams smashed the 50-second barrier en route to a new Commonwealth Games record, as she unleashed a dominant performance to capture gold in the 400 metres yesterday.

Starting from lane six, the 24-year-old executed brilliantly to finish nearly 10 metres ahead of her nearest rival, crossing the line in 49.90 to break the 12-year-old record of 50.10 and become the first woman to dip below 50 seconds at a Commonwealth Games.

Malawi’s Simenye Simwaka was the bright spark on the backstretch, offering the only real challenge to Williams. But once she faded, Williams was left to dominate the final 200 metres. Victoria Ohuruogu clocked a personal-best 50.72 to take silver, and England teammate Jodie Williams finishing with bronze in a season-best 51.26.

“It was all a part of the plan – win the gold medal and get the championship record – so it was all [in] the plan,” said Williams, who took bronze at the World Championships in Eugene last month.

“I ran the race exactly how I wanted it to be.

“This has been my best season yet, and I’m looking forward to more great things to come for the rest of the season.”

England’s Matthew Hudson-Smith, who took silver in 44.81, led the field into the stretch with Jones, in lane five, occupying third spot coming off the final turn.

The Barbadian seemed to be in for silver when he overhauled second-placed Kenyan Boniface Ontuga Mweresa with 40 metres to run, but Samukonga burst through in lane eight to nip both Hudson-Smith and Jones.

“I am very proud. I know this season was long and I knew this was my last 400, so I’m grateful to leave with a podium finish, obviously,” said the 23-year-old Jones.

England’s Cindy Sember was timed at 12.59 for bronze.

Jamaican Megan Tapper, a silver medallist in Tokyo last year, missed out with a fourth-place finish in 12.67.

In the sprint relays, Trinidad and Tobago grabbed silver behind winners England in a season-best 38.70, while Jamaica took bronze in 43.08, as Nigeria won in a personal-best 42.10.

It was a brilliant day for Jereem Richards of Trinidad anad Tobago, who notched his second gold medal of the Games.

Richards anchored the quartet thatalso included Dwight St Hillaire, Asa Guevara, and Machel Cedenio to gold in 3:01.29 seconds, fending off the challenge of Botwana’s Bayapo Ndori down the final 50 metres with consummate ease.

On Saturday Richards had dominated a rivalry with England’s Zharnel Hughes to win thge men’s 200 metres in a personal best and Games record, 19.80 seconds.

Grenada’s Anderson Peters also joined the medal party train for the Caribbean, mining silver in the men’s javelin to go along with his World Championship title defence last month.

Peters wasn’t at his very best but threw 88.84 metres to finish behind Pakistan’s Arshad Nadeem, who threw a Games and personal record, 90.18. Former World champion, Kenya’s Julius Yego was third with a throw of 85.70.