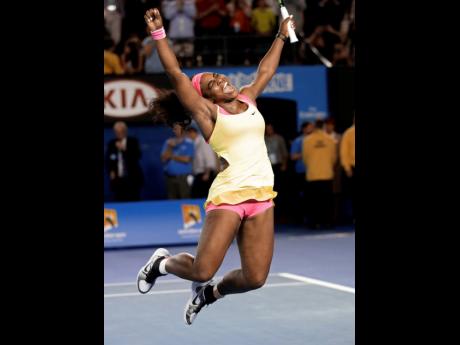 SAYING “THE countdown has begun”, 23-time Grand Slam champion Serena Williams announced yesterday she is ready to step away from tennis so she can turn her focus to having another child and her business interests, presaging the end of a career that transcended sports.

In an essay released on Tuesday by Vogue magazine, and a post on Instagram – the sorts of direct-to-fans communication favoured these days by celebrities, a category she most definitely fits – Williams was not completely clear on the timeline for her last match, but she made it sound as if that could be at the US Open, which begins August 29 in New York.

“There comes a time in life when we have to decide to move in a different direction. That time is always hard when you love something so much. My goodness, do I enjoy tennis. But now, the countdown has begun,” Williams, who turns 41 next month, wrote on Instagram. “I have to focus on being a mom, my spiritual goals and finally discovering a different, but just (as) exciting Serena. I’m gonna relish these next few weeks.”

Williams, one of the greatest and most accomplished athletes in the history of her – or any other – sport, wrote in the essay that she does not like the word “retirement” and prefers to think of this stage of her life as “evolving away from tennis towards other things that are important to me.”

“I feel a great deal of pain. It’s the hardest thing that I could ever imagine. I hate it. I hate that I have to be at this crossroads,” she wrote. “I keep saying to myself, I wish it could be easy for me, but it’s not. I’m torn: I don’t want it to be over, but at the same time I’m ready for what’s next.”

That she would be publicly contemplating the end of her playing days is not all that surprising to anyone, given her age – her 10 Grand Slam titles after turning 30 are unsurpassed – her history of injuries and her recent record: one victory in a singles match in the past 12 months (that win arrived on Monday in Toronto; she is scheduled to play again today).

Her status as an athlete, and a groundbreaker, is obvious to everyone.

“Serena Williams is a generational, if not multigenerational, talent who had a profound impact on the game of tennis, but an even greater influence on women in sports, business and society. At a time when our nation and the world have wrestled with essential issues of identity, Serena has stood as a singular exemplar of the best of humanity after breaking through countless barriers to her participation and ultimate success,” US Open tournament director Stacey Allaster said.

“She leaves an indelible legacy of grace and grit that will inspire athletes, female and male, for many generations to come. We can’t thank her enough for all she has done for our sport.”

US Tennis Association spokesman Chris Widmaier said the organisation “will be operating under the assumption that this will be Serena Williams’ last US Open”.