‘I am not going to kill the batsmen, to be honest. I think we are getting better and better at it, and the more games we play, we will get better’ 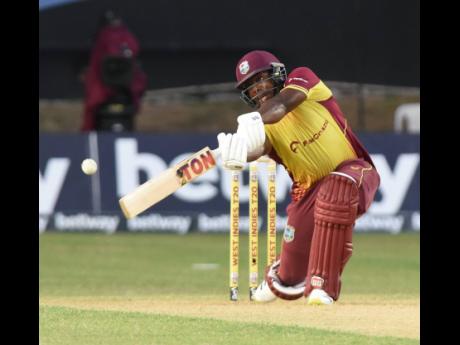 Ian Allen
Odean Smith on the go against New Zealand during the first T20 International at Sabina Park on Wednesday. Smith made 27 off 12 balls. 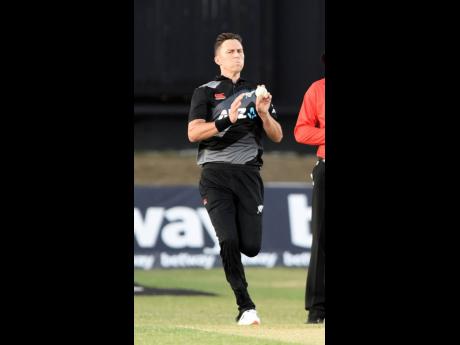 West Indies captain Nicholas Pooran says he is hoping that Wednesday’s late order spark from his troops can ignite the regional side, as they take on New Zealand today in the second T20 International at Sabina Park starting at 1:30 p.m.

The unbroken record 50-plus runs eighth-wicket partnership between Romario Shepherd and Odean Smith was not enough to get the home side over the line; however, Pooran believes the players are slowly getting into the groove and the template for winning is coming along nicely as the team looks to keep the T20 series alive.

“We are starting to find the template. We know scores over 175 and 180 are tricky for us, but we are seeing that we are batting deeper and guys are starting to play situations with more ‘smarts’,” said Pooran.

Chasing 186 in the opening game, the Windies came up just 13 runs short, thanks to some late-order hitting from Shepherd, who slammed 31 from 16 balls, and Smith, who blasted 27 from 12.

Once again, the natural talent of the regional boys was on display; however, the finished product is far from completion, with the home side still trying to ascertain what their best combination is.

On Wednesday, Shamarh Brooks was used to open the innings with Kyle Mayers, with the former going on to get 42 from 43 balls. Pooran (15), Jason Holder (25) and Rovman Powell (18) all got starts but they failed to press on with the home side losing wickets in clusters, a problem they have faced in recent series.

For Pooran, things should get better as the team continues to play top-class opposition.

“I am not going to kill the batsmen, to be honest. I think we are getting better and better at it, and the more games we play, we will get better. Losing hurts us a lot, but we are trying our best.”

The bowling unit for the most part held their own in game one and could have restricted the Kiwis to a respectable total, were it not for a whopping 34 runs conceded in the last two overs.

Once again, seamer Odean Smith is expected to factor with the ball after picking up career-best three wickets for 32 runs. It remains to be seen if left-arm spinner Akeal Hosein will factor in game two.

In the meantime, the New Zealanders will be keen to wrap up the series with a win today, and opener Devon Conway says he doesn’t expect much to change, with the team keen on maintaining a winning formula head of the World Cup in October.

“The group we have is similar to what we had in the previous World Cup. There’s good experience, knowledge and trust, so we don’t have to look to change too much. We just need to tweak certain things to give us the edge to get the performances we want as a group,” Conway said.