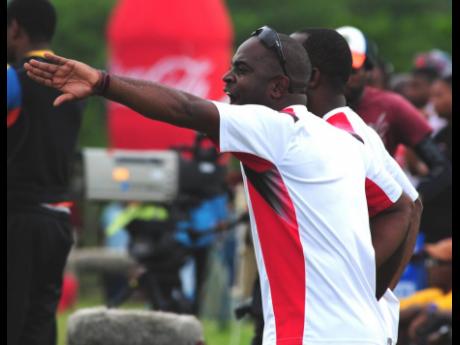 Merron Gordon, the Reggae Boyz’s stand-in coach for the Austria mini football tournament in Vienna from August 20-26, says there is no pressure to win any of the three games as the main objectives are to expose the best local players and introduce young overseas-based players.

Gordon noted that they will be playing outside the FIFA window and that the largely local-based squad is very inexperienced, with most of the players getting their first call up or yet to make their international debuts.

As a result, he sees this as an opportunity for the fringe players to show what they can do on the international stage and stake a claim for future call ups.

“This is an opportunity for all the young (overseas-based) players who are reaching out to the national programme, and we have watched tapes of them and they are doing well.

“It is also a good opportunity for local players to showcase themselves. So that’s the good thing for the squad having a game outside the FIFA window. If it wasn’t for this, a lot of players wouldn’t get a look in. So it is for them now to come and show that they can run with the big boys,” he said.

Jamaica play Ghana on August 20, then Morocco on August 23, before closing out against Qatar on August 26.

Although there is no pressure to win at the tournament, Gordon said they intend to be as competitive as they can in all the matches.

“I don’t know of any pressure and I wouldn’t put myself under any pressure in a situation like this,” he told The Gleaner. A lot of these boys will be representing the country for the first time, so we need to allow them to grow, and things do not grow overnight, it is a process.

“So the football observers in this country need to look at games in isolation and look at how top countries develop young players. Getting quality games for them and not looking at results but performances, and, as long as these boys work hard on the field and work smart, that is what is important.”

Nevertheless, he said they intend to go there and give their best effort, despite their shortcomings.

“We have had a week-and-a-half training and they have responded well. We wish we had more time with them because some have not kicked a ball in the last month or so. So, physically they are not where they should be but they are putting in the work. So let us see how best we can represent.

“But definitely we are looking to go and put our best foot forward, and as much as possible compete as hard as we can. We are not going there to roll over, we are going there to compete in football matches. We just need the emotional support from Jamaica for these young boys and hopefully they can go out and really represent our country well,” he stated.