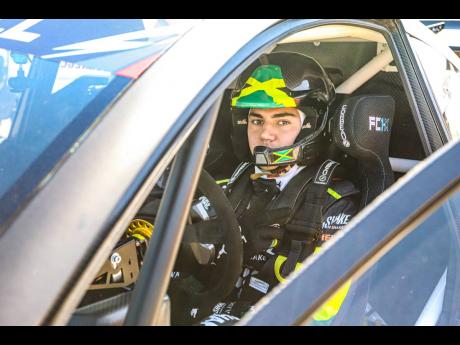 Jamaican driver Fraser McConnell will test his skills against some of Europe’s best drivers as he breaks from his Nitro Rallycross campaign to take part in the one-off FIA European Rallycross series in Norway today.

McConnell, who recently secured the Nitro Rallycross Supercar Championship in Sweden, will be competing against 18 other competitors in the Supercar Class, as he looks to match his skills against Europe’s elite drivers.

Standing in his way for top honours will be Anton Marklund who leads the FIA Series with 40 points with Janis Baumanis on 22 points and Enzo Ide rounding out the top three on 19 points.

It will be the second time that McConnell will take on the traitorous Scandinavian track dubbed as ‘the road to hell’ due to the challenges faced by the drivers on the technical elevated track.

In 2019, the Jamaican competed in the junior RX2 class, and the Betomik racing driver is keen to showcase his talent once again in front of a handful of Jamaican fans who reside in the area.

“It will be an honour for me to compete in this series to maintain my sharpness as we continue preparation for the next Nitro event in the United States. I want to play spoiler for some of the full-time drivers in this championship series, so I hope I can deliver on the day.”

Executive director for the event, Arne Dirks, is expecting a humdinger of an event highlighted by the Jamaican’s presence.

“This is a totally fresh start for World RX, and one that will disrupt and transform the motorsport landscape by demonstrating the outstanding potential of this pioneering new technology. Seeing the cars hit the track in ‘hell’ is going to be a very proud moment for everybody involved, and the start of what I have absolutely no doubt will be an amazing adventure for this great sport.”