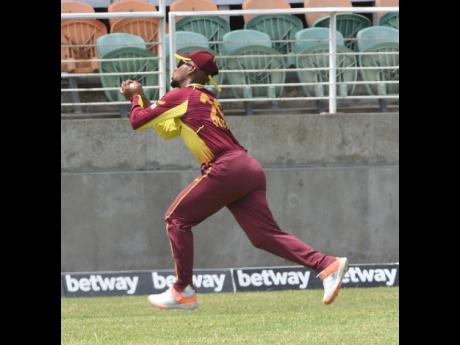 AFTER suffering a second defeat in as many games to captain Kane Williamson and the touring New Zealand team, West Indies skipper Nicholas Pooran has pointed to his own form in the opening two games of the three-match T20 International series at Sabina Park.

The tourists won yesterday's second match by 90 runs to clinch the series with Pooran scoring just one. In the opening game New Zealand won by 13 runs with Pooran getting 15.

“I for one haven’t been scoring runs. I haven’t scored the runs that I would have wanted in the previous series against India series and in this series so far," Pooran said after yesterday's match. He added: "I have been disappointing. I try to motivate myself each and every game so I could perform both for myself and the team and obviously this hasn’t happened. I now have to look ahead to the last T20 game and the upcoming ODI series against New Zealand.”

Pooran admitted that they are still in a learning process.

"We know we’re a young group and a new group as well. We’re also learning as a group and trying to understand how to play the game in the right way. Obviously, we’re trying to get that momentum. As I keep mentioning, winning and losing are contagious and at the moment we’re losing games," said Pooran.

He said he knows that the level of frustration is boiling over within the team.

“It’s frustrating to keep on losing when everybody wants us to win games, (but) we’re trying to believe in our process and have patience."

The T20 World Cup bowls off in October and Pooran said they are still trying to fit pieces around to see what works best heading into that major tournament.

“We don’t know the perfect team as yet, obviously you see it in our batting line up, we’re trying to get players in certain positions to play a role. We need to get guys to understand their roles," said Pooran.

The third and final game in the T20 series will be played on Sunday at Sabina Park.