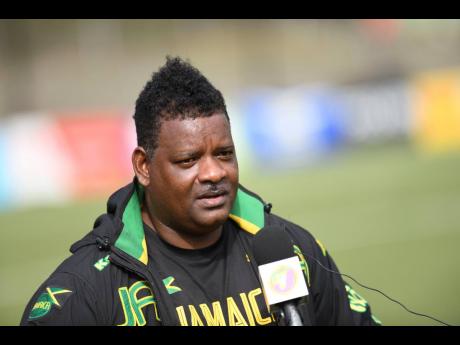 Donovon Duckie says he has unfinished business in the Second City and he has taken over as head coach at Montego Bay United (MBU) for a second time.

Duckie was on course to win the premier league with the club in 2014 but was forced to cut his campaign short due to personal reasons. MBU went on the win their first title since the rebranding of the club (formerly known as Seba United) that season with Dr Dean Weatherly at the helm.

“Also, there are some factors that would have influenced my thoughts such as the love that was shown to me by the players, administrators and the most important stakeholders, the fans. It has resonated with me in a special way,” he added.

Duckie noted that the decision to blood young talent last year would have laid the foundation for him to build on just like his first stint. He believes adding a few experienced players, some who would have played under him in the past, could make the team successful again.

“I would say we are back at square one. If you remember, guys like Allan Ottey, Jermain Woozencroft and others matriculated from the daCosta Cup and had to pay their dues playing one or two seasons before I came. The valuable experience they garnered would be the same as these players after one season,” Duckie said.

“I think what the team needs now is to add some experience, probably six or seven players and try to integrate them into one unit. That (bringing back past MBU players) is something we can look at. We are looking at a few of these players who are still playing but at the same time we don’t want to disrupt the balance of the core that is here,” he added.

Duckie continued to point out the objectives they have set out to return the multiple times champions to their former glory.

“In order for us to be successful, we have to be patient and look at three things; short-, medium- and long-term goals. In short term, we will definitely need some results, especially if the league goes back to relegation. A top six spot is a good medium-term goal as we have seen teams win it from even finishing sixth. For long term, the marketability of the players is important and so is playing in the Concacaf League.”