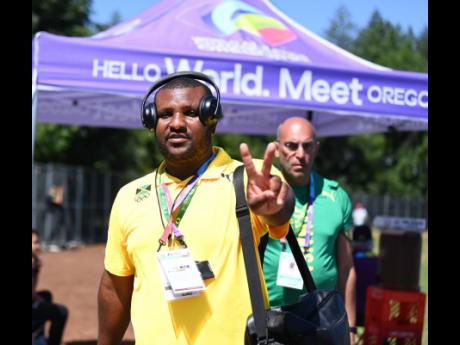 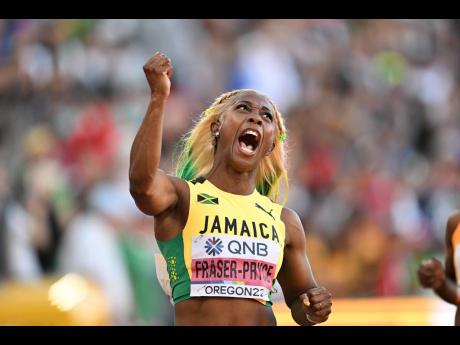 REYNALDO WALCOTT, coach of five-time World 100m champion Shelly-Ann Fraser-Pryce, is pretty confident the sprinter can break the national record in the shortest of the sprints this season. Fraser-Pryce, who has a personal best time of 10.60 seconds...

REYNALDO WALCOTT, coach of five-time World 100m champion Shelly-Ann Fraser-Pryce, is pretty confident the sprinter can break the national record in the shortest of the sprints this season.

Fraser-Pryce, who has a personal best time of 10.60 seconds, has been having a superb season, winning the 100m world title in Eugene, Oregon, in July and going on to becoming the first woman to run six times below 10.70 seconds in a single year.

Walcott, who has been coaching the 35-year-old for the last two seasons, told The Gleaner that based on her performances, the national 100m record is well within her sights.

Definitely, she can do it, her last three races have suggested that she has been going marginally faster than before,” said Walcott.

“People can improve by eight-hundredth of a second and so I think it is definitely possible this season,” Walcott said.

He pointed out that while there are a number of races left for the remainder of the season, he was not sure which ones she would be competing in yet.

“There are some races but we are not sure which ones we will do yet, but the possibilities do exist and we are planning carefully to see where best to, based on her own situation,” Walcott said.

Fraser-Pryce also won a silver medal in the 200 at the World Championships in 21.81, finishing behind countrywomen Shericka Jackson, who clocked a national record of 21.45.

Walcott, head coach at Elite Performance Track Club, pointed out that Fraser-Pryce has worked very hard in training this season and therefore he is not surprised by her consistently outstanding performances.

“I am delighted that she was able to win this time around; losing is not nice,” he said.

“I am happy that the hard work that she has put in tirelessly has paid off and not just for her, but for other members of the group,” Walcott said.

“I think that she deserves exactly what she gets because she definitely works hard for it,” he said.

The other notable members of the Elite Performance Track Club are Rushell Clayton and Rasheed Broadbell.