Menzies breaking down the barriers 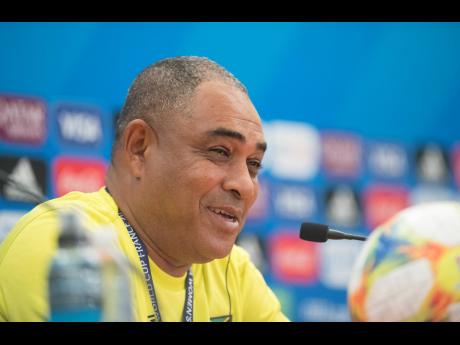 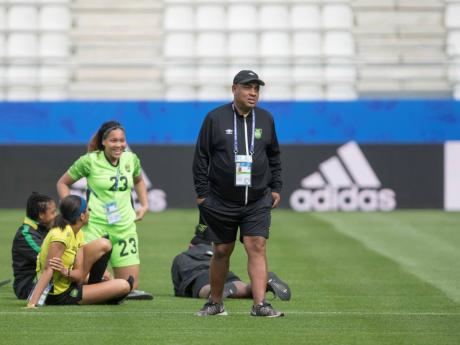 Former Reggae Girlz coach Hue Menzies continues to break down barriers and is proud to be the first black and the first Caribbean head coach of a National Women’s Soccer League ((NWSL) team in the United States. He was appointed by Gotham FC as...

Former Reggae Girlz coach Hue Menzies continues to break down barriers and is proud to be the first black and the first Caribbean head coach of a National Women’s Soccer League ((NWSL) team in the United States. He was appointed by Gotham FC as their interim coach until the end of the season, last week.

Menzies, who led Jamaica to the country’s first FIFA Women’s World Cup in 2019, hopes his appointment will open doors for others, and that coaching and other appointments will now be based on merit.

“Everything I have done in the last 10 years seems like I am breaking barriers and opening doors for other people.

“I sit on the Black Coaches Association (USA) board and it is a goal of ours to make sure we are in places that are making decisions for the development of football.

“We need a voice and it is important that we have a voice and to ensure that everything is on a level playing field.

“So this does mean a lot to me, as this is not a black thing anymore, but about who is qualified for the job, and once we get to that point everything will be fine,” Menzies told The Gleaner.

As the first and only black head coach in the league, Menzies knows that his work will be closely scrutinised. Nevertheless, he is up for the challenge.

“I am a committed person and I put pressure on myself. There is adversity but I do not mind adversity because that is what drives me, and this is definitely an adverse situation. Hopefully, we can make a difference. They brought me in to change the culture and save the season but I put pressure on myself and I am going to give it everything I have got and hopefully, I can leave it in a better place than when I came in,” he said.

Gotham had a horrific start to the season, losing nine of 13 matches to sit second from bottom.

The club hopes the experienced Jamaican, who previously turned down offers from other clubs, can turn their season around and give them a foundation to build on.

“I didn’t know my name was still being thrown around by different owners and clubs. It was no surprise but it had to be the right opportunity because I am committed to my youth club (Florida Kraze Krush).

“The project is for the rest of the season. We have nine games left and I am supposed to walk away after the nine games and help them find a coach.

“Hopefully, we can change the culture so they can move forward with their long-term goals.”

Nevertheless, if things go well and he is asked to stay on, he would consider it despite his commitment to the Krush.

“It will have to be the right situation for me to stay on because my club means a lot to me. If it wasn’t for them I wouldn’t have had the opportunity to do this, and they have supported me on this whole project.

“If things work out the way it should and I can continue doing it, I will. But I still have to have the connection with my club,” he stated.

Menzies watched as an observer as the team lost 2-1 to the Reign on Saturday and held his first training session on Monday.

In his first game on Wednesday they lost 2-1 to Houston Dash, and he thinks it is too early to say how their season will unfold but is fixed on helping the club achieve its objectives.

“I feel like it is not different from when I took over the Reggae Girlz. If I leave, I want to leave it in a better situation,” he added.

He also thanked all the well-wishers for the support that poured out online since the appointment.