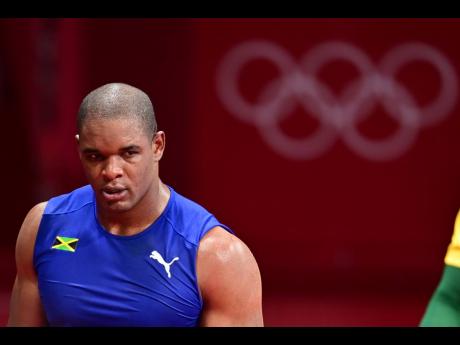 Although his coach Dewith Frazer has labelled Ricardo Brown’s eight-round heavyweight fight against Carlos Carreon tonight at the CAA Centre in Brampton, Canada, as the Jamaican’s biggest test to date, Brown is confident the Mexican will meet the fate of his four previous challengers who lost by knockout.

Frazer noted that Carreon is a fighter known to go the distance and should present some challenges for the big Jamaican. A confident Brown said he is thinking of nothing else but a win.

“I know I have (will win) this fight,” he told The Gleaner. “So I am going to go out to do my best and do what I have to do and come home with the win.”

“They say he goes the distance in most of his fights, but not in this one. For me it is just another fight.

“This is my game and I am not playing around, once you come in (the ring) you are going to face it. I am going to go out there and dismiss him because that is what ‘Big 12’ does.”

Brown revealed he will not be rushing in to seek an early knockout, but will use the first few rounds to get a feel of his opponent.

However, at the slightest opening he will be looking to strike, with his fearsome right hand.

“This is my first eight-round fight. For the first round I will feel him out and see what he is all about, but if he slips up in the second round he is going to go down because I will be putting him down,” he said.

He noted also that improvements to his game has given him added confidence going into the bout.

“My jab has improved a lot. I have been working in the background on a lot of stuff and I am getting better and better every day and I see myself climbing and I am thankful for that.

“I have a lot of confidence in my right hand because it is very powerful. I just keep working the jab and then use the big right and once that catches you that is it. So I will be dropping the hammer,” he stated.

He added also that a win would push him further up the rankings and help him to attract even better fights.

“The more I can get fighters that are advanced that is better for me. I want to grow more. So if I am beating someone who is used to going 12 rounds by knockout then my next opponent will be a bit better.”