Hopefully, in future years, we will have the six franchises represented, says Russell 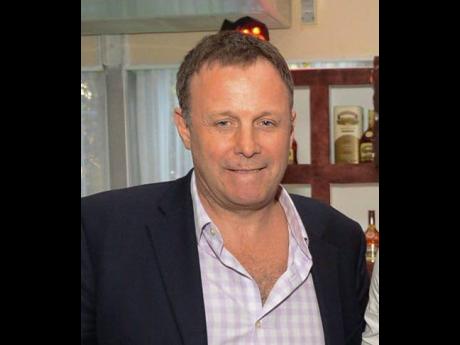 PETE RUSSELL, chief executive officer of the Hero Caribbean Premier League (CPL), believes the inaugural season of the women’s CPL was a massive success and has already laid a strong foundation to build on going forward.

“I was really delighted. I think all the girls came into it with the right attitude and spirit, and you saw how much it meant in the final. For us, it was a huge success and we were delighted that we were able to get players from South Africa, Pakistan and also from the United States. For us, it was a great start and we have plenty to build on going forward,” said Russell.

Led by former West Indies all-rounder Deandra Dottin, who was voted Player of the Tournament, the Trinbago Knight Riders defeated the Barbados Royals by 10 runs in the final.

Despite having only three teams in season one, (Guyana Amazon Warriors, Trinbago Knight Riders and Barbados Royals), Russell said discussions will be had to see how organisers can add more teams to the tournament.

“We’ll have a look at it, the idea this year was to have three very good teams and I think we had. I think, if more girls take up the game, then obviously we’ll expand. It’s definitely something we’re looking at but, for us, it worked perfectly this year,” he added.

“It’s an essential part of what we’re trying to add in the region, it’s cricket for everyone. We wanted to do it in 2020 and 2021 but the pandemic got in the way. It’s something we feel we have a big opportunity to build on and flourish. Hopefully, it inspires more girls to play the game and, in future years, we have the six franchises being represented,” he disclosed.

From an international standpoint, Russell is hopeful that, following the inaugural season of the women’s CPL, this will breathe new life into the game and allow younger players to break into the West Indies team.

“That’s really the intent. The idea is for the women to feel part of a franchise. I feel that’s important, so that they can see the professionalism and what it takes to achieve success within a franchise environment. I think the fact that we played the women’s game with the men’s was also important,” Russell stated.