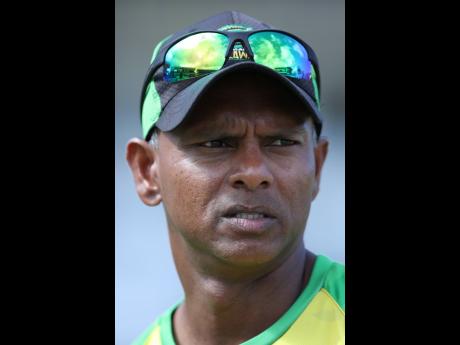 THE FINAL leg of the Caribbean Premier League gets under way today in Guyana with the Jamaica Tallawahs taking on hosts Amazon Warriors in the second match of a double-header at the Providence Stadium, starting at 6 p.m. Jamaica time.

While the Warriors have four matches to play, every other team has two games to close out the preliminary round, and the Tallawahs, who are in third position on eight points, want to make sure that they are in the final four when it’s all done and dusted.

The Tallawahs have played eight matches and have won four and lost four, with a net run rate of 0.399. Head coach Shivnarine Chanderpaul made it clear that he wants his team to finish strong against the Warriors and the last game against the St Lucia Kings.

“We will want to win the two matches to position ourselves in the top two going into the play-offs. The team has been doing well, with many good performances both in the batting and bowling departments. We will expect that these performances will continue to improve in our upcoming matches,” said Chanderpaul.

The Jamaican franchise has blown hot and cold in this year’s competition, with the side failing on several occasions to get a good start at the top with the bat, or lacking the killer instinct to close out matches with the ball.

Chanderpaul believes it is only a matter of time before the team can conjure up the ‘perfect game’ that will enhance their chances of coming out on top and securing silverware for the third time.

“Our team has been playing very good cricket; however, we would have lost some very close encounters which could have easily gone in our favour.

“We strongly believe that our team can make it to the championship game and win our third title.”

To secure that third title, much more will be expected of batsman Brandon King, who currently lies third in the run-scoring department with 222 runs in eight innings at an average of 27.75.

The Pakistan duo of Mohammad Amir and Imad Wasim has certainly justified selection this season, with Amir currently second in the wicket-taking column with 13, while Wasim has snared 11 scalps.

The Tallawahs will be bolstered following the signing of Afghanistan T20 captain Mohammad Nabi, who will join the team in Guyana for the remaining matches, news which is pleasing to coach Chanderpaul.

“Nabi is an international performer and he will certainly bring his experience in these conditions here in Guyana.”