Francis looks to the future 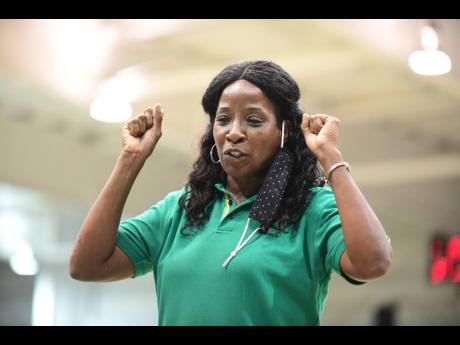 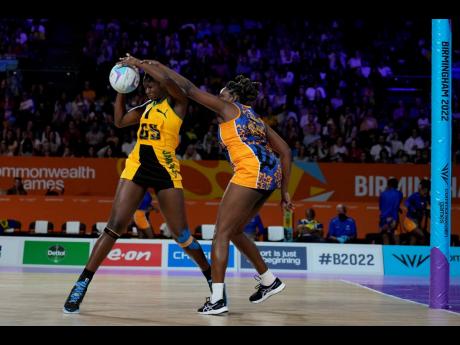 File
Jamaica’s Shimona Nelson (left) and Barbados’ Faye Agard fight for the ball during the Netball Pool A match between Jamaica and Barbados at the Commonwealth Games in Birmingham, England on August 1.
1
2

After a ‘Test’ series against New Zealand that experienced turbulence in the build-up and lopsided defeats on the court, Jamaica national netball head coach Connie Francis is now looking to the future of her team while there are many questions about what went wrong logistically.

The Sunshine Girls were outclassed by the Silver Ferns 75-35 yesterday in the final game of their revised two-match series in Auckland, New Zealand, winning the series 2-0 and claiming the Tani Jamison Trophy which was won by England last year.

New Zealand finished with a 96 per cent shooting accuracy. They were led by Maia Wilson who had 30 goals. The hosts led all the way with Jamaica only able to put up 13 points in the second half after training 36-22 at half-time.

The series was met with difficulties from the start as only seven players were available for selection for the first ‘Test’ because five players did not receive US visas to make the trip. That game was also lopsided as the team lost 70-45.

Francis, who was entered as a player-coach on the match card because of the challenges, said that despite the heavy defeats on the court, they took solace in being able to bring in young players to see how well they adapted to the pace of the international game, but said that the fatigue ultimately doomed them as they played back-to-back games in a short period of time.

“We got an opportunity to bring in some of our new players who have not played at this level and this type of game before,” Francis said after the game. “And then we have to travel a long time. We played better last night (Wednesday), but the fatigue set in tonight (yesterday) and there were lots of mistakes,” she added.

While pleased with the efforts of Shimona Nelson who was named captain for the series, Francis said that the constant pressure that the team was under led to her not getting as many looks (at goal) as they would have liked.

“She is like Jhaniele Fowler. She is powerful. So anyone who has a powerful shooter would want to go to them. I thought our girls were under pressure to get her more of the ball. And I thought that New Zealand did a fantastic job in stepping up their aggression,” Francis said. Nelson scored 66 of the 80 total goals scored by Jamaica in the series.

The series which was supposed to be three games was reduced to two because of the problems associated with travel to New Zealand. World Netball CEO Claire Breigal confirmed that the series would be investigated despite insisting that the series continued as scheduled. Francis hopes that they will have their full available squad for their next scheduled series as they prepare for next summer’s Netball World Cup.

“We go back home and gather the ones who weren’t in and regroup with some of the others and get back to the drawing board because it is a lot of work,” Francis said. “We have a really good squad so next time we go out we will have a lot more senior players.”