Williams calls for calm, focus in clash against Tivoli 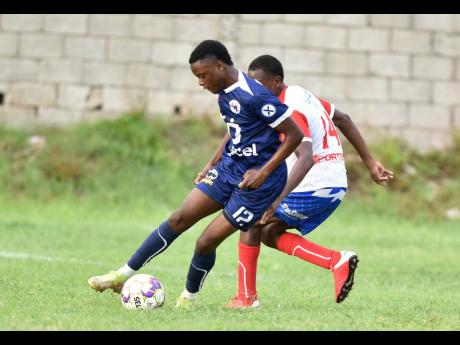 With an opportunity to have a firmer grip over Group C, Charlie Smith High head coach Eugene Williams has called for focus and calm when they face Tivoli High School in their ISSA/Digicel Manning Cup game at the Tivoli High School grounds today at 3:30 p.m.

Charlie Smith started with a 0-0 draw against Haile Selassie but hit good form with wins in their last two games against Bridgeport High and Edith Dalton James High to move to seven points. However, Williams says that recent form and improvement of play will be tested in what can be described as a derby-like atmosphere when they play old rivals Tivoli.

“These are schoolboys we are dealing with. People will put in their way how they want to put it but I just trying to prepare them the right way and in the right frame of mind to know the environment that they are going into,” Williams told The Gleaner.

Their opening draw did not lessen Williams’ optimism about his team’s chances for improvement, which has manifested itself in their last two games. He is satisfied not only with the results but how they have defended as a unit so far.

“Most improvement has come in our defence. We only conceded one goal from three games and it was basically a moment of indiscipline why we conceded that one,” Williams said. Charlie Smith are tied on points with Haile Selassie High, who have also won their last two games and lead the group on goal difference.

Hoping to maintain their early pace among the contenders in the group, Williams says his team will have additional motivation for victory but expects a tough battle against their rivals.

“We should be leading overall, but going against Tivoli, you know, that is going to be played tit for tat. I don’t care how you want to put it. It is the incentive that (this game) comes with. It is Charlie Smith, Tivoli. We hope that we can go down there and get a good result,” Williams said.

Tivoli are fourth in the group with just three points from one win and two defeats in three games. They defeated Vauxhall High 4-0 on September 12 but then lost to Edith Dalton James and Haile Selassie.

Meanwhile group leaders Haile Selassie will face Bridgeport High hoping that they can also maintain their unbeaten start to the season. In the other Group C game, Vauxhall will host Edith Dalton James.