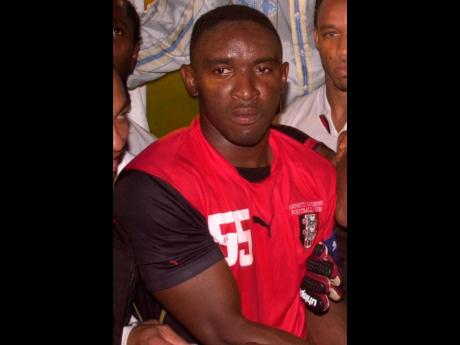 McLeish, who won the title in 2000 and 2001 with Arnett Gardens, has been named goalkeeper coach. The former goalkeeper, who brings a wealth of experience to Harbour View, is relishing the opportunity to improve the standard of goalkeeping at the club while adding that he’s happy to have been given the chance to ply his trade at the highest level on local soil.

“I think it will be a good challenge. This is also what I needed, when I look within the country we don’t have a lot of goalkeeper coaches. Most of the current coaches weren’t goalkeepers. So basically it would be difficult for a person who has never kept goal to coach a goalkeeper.

“When it was offered to me, I said ‘yes, this is definitely what I need’. I’m enjoying it so far, because I want to teach it (goalkeeping) the proper way, and the right way,” said McLeish.

The highly rated McLeish, who was a standout during his playing days with Arnett Gardens, has received a promotion from coaching the Harbour View youth team the previous year. The shot-stopper is no stranger to Harbour View, having featured for the club from 1994 to 1997. That three-year span saw him lifting the KSAFA Major League title, Jackie Bell Knockout title and JN Federation Cup.

McLeish believes he can make an instant impact with the club and wants his charges to impress during matches which will in turn attract current goalkeepers at the schoolboy level to see Harbour View as their first-choice club.

“I want, when they are keeping goal during a premier league match, it shows that, yes, they are being coached by a goalkeeper. This way, I believe it will make the standard high and push them into the national programme. This will also make other goalkeepers, some currently at the Manning Cup and daCosta Cup level, want to come to Harbour View,” added McLeish.

One area he hopes to improve on in the upcoming premier league season is the foot movement of his goalkeepers, which he thinks is the most important part of the game.

“The foot movement is what brings you to the ball. If you control this, you’ll master everything, including your six-yard box. This is the area where I spend a great deal of time with my goalkeepers,” said McLeish.