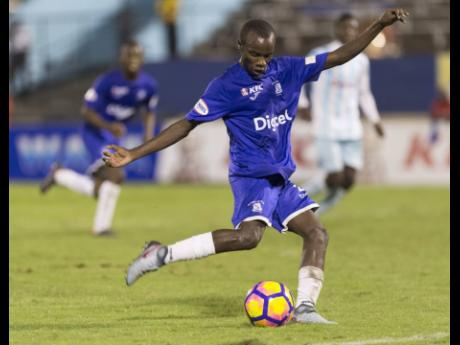 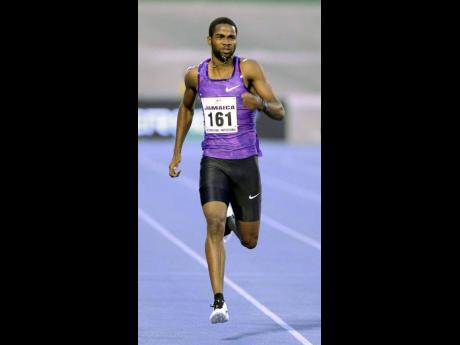 THERE HAS been much talk about the number of international students attending schools in Jamaica with a view to taking part in the various sports here. The most prevalent area to date has been in track and field but recently, there has been an...

THERE HAS been much talk about the number of international students attending schools in Jamaica with a view to taking part in the various sports here.

The most prevalent area to date has been in track and field but recently, there has been an uptick in the number of players coming to Jamaican schools to play football.

While the question of whether this hampers the idea of a level playing field, especially for some of the smaller schools, there is an obvious advantage to having this arrangement for those internation’l student-athletes.s

Aryamanya ‘Ari’ Rodgers of Kingston College and Delano Williams of Munro College, who became household names because of their outstanding sporting performances while attending school in Jamaica, have joined this discussion.

Rodgers, who came to Jamaica from Uganda in 2016, and Williams, who came from Turks and Caicos in 2008, said their experience in Jamaica can be credited for their development.

“Attending school and playing sports in Jamaica helped me to build and have an organised sports participation in the development of physical skills, such as hand-eye coordination; functional movement skills and strength; and academic, self-regulation, general life skills, positive social benefits, leading to both improved social identity and social adjustment,” Rodgers told The Sunday Gleaner.

“(Plus) the unbelievable exposure worldwide was amazing. This provided me opportunities of getting a college scholarship to continue my studies as well as personal growth and making good friends.”

Williams, who switched from his native Turks and Caicos Islands to run track for Great Britain, feels the same way.

“Playing sports in Jamaica was a tremendous help because Munro College is an all-boys institution that installed values and goals within myself and definitely helped to mould me into the young man I am today. I got my eight CXCs there and my four CAPE Units 1 and 2,” said Williams.

Both, who have claimed individual Champs titles, said if they had remained in their home countries, they wouldn’t have been exposed to the opportunities Jamaica provided.

“Life would’ve been different. If I remained in Uganda due to the fact that Uganda is an underdeveloped country compared to Jamaica, and on top of that, there’s a lot of competition. I am talking about a population of over 45 million people. As you know God is above everything, you’d never know how I’d be since he’s the one who gifted me with talent,” the Boys’ Champs steeplechase record holder, Rodgers said.

“We at Turks and Caicos don’t have what Jamaica has. Jamaica’s sporting fraternity is tremendous and it is great to the level where you establish elite from as early as primary school. The programmes that they have are so much better organised than in my country because we don’t really focus much on sports and pump money in sports like in Jamaica and I feel like that’s where we need to grow,” said Williams, the 2012 World Junior 200-metre champion.

“If I remained in Turks and Caicos I probably would have been a policeman or fireman or something of the sort,” the 28-year-old Williams added.

Both agree that Jamaica’s sporting culture and structure are what make the island ideal for young athletes’ sporting development and as such they would recommend other international student-athletes to come to Jamaica for their development.

“Jamaican sporting culture is totally different from Ugandan culture. I remember my first time at Champs, I was flabbergasted. It was an unbelievable feeling, seeing KC fans and my fans all over the country chanting my name, wearing shirts with my pictures on them and waving my country’s flag. Unlike back home where you can’t find such an atmosphere,” Rodgers, who also helped KC to a Manning Cup title in 2018 after a 31-year drought, said.

“There are more opportunities for exposure than back home (because) Jamaican sporting culture is welcoming and motivating as well; (and) the Jamaican people are so welcoming and make you feel at home.”

Williams went on to laud the ability of coaches in Jamaica, saying:

“The coaches are brilliant, they know what they are doing, especially from the high school level. I have to commend Champs that helped bring me on to the world stage. If you are in the top eight at Champs, then you are (among) the best in the world and that helped me to be a world junior champion, many-time CARIFTA medallist, win many medals for my country and I feel like that will bring those glorious moments to other Caribbean countries.”

Williams went on to win a bronze medal in the 200 metres at the European Athletics Championships before switching to the 400 metres and says he will continue to build on the foundation he got in Jamaica.

Rodgers is now at the New Mexico Highlands University pursuing a Bachelor’s degree in business administration, while Williams, who was still training in Jamaica up to this year, said he would be migrating back to Turks and Caicos to take up a position at the Sports Commission.

And even though he has not finalised his retirement, he is planning to become a coach to help develop sports on his island after recently getting certified as a running, and strength and conditioning coach.