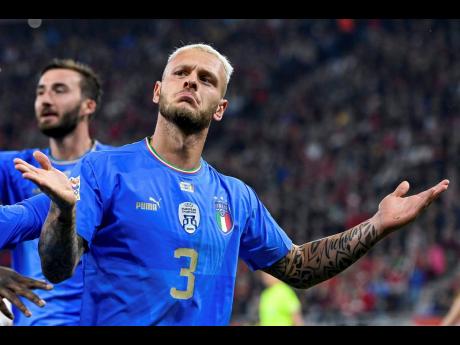 AP
Federico Dimarco of Italy reacts after he scored his side’s second goal during the UEFA Nations League match between Hungary and Italy, at the Puskas Arena in Budapest, Hungary, yesterday. 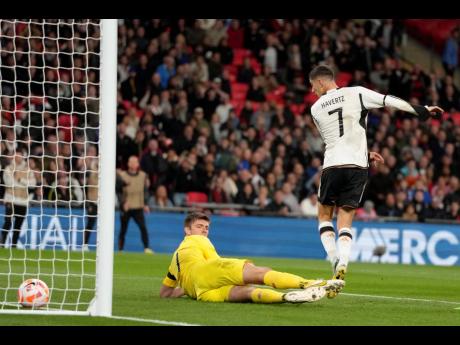 Part one of the healing process is complete for Italy.

Looking to regain respect after failing to qualify for a second straight World Cup, the Azzurri advanced to next year’s finals tournament in the Nations League by winning at Hungary 2-0 yesterday thanks to goals by Giacomo Raspadori and Federico Dimarco.

By topping a group also containing England and Germany, the Italians joined the Netherlands and Croatia in qualifying for the final four, which will be hosted by the Dutch in June.

Portugal or Spain will complete the line-up when they face off today.

Unlike Italy, England and Germany will be going to the World Cup in Qatar in less than two months, and they will head to the Middle East on the back of a wild 3-3 draw at Wembley Stadium.

Trailing 2-0, England scored three goals in a 12-minute span from the 71st – through Luke Shaw, Mason Mount, and Harry Kane’s penalty – only for Kai Havertz to pounce on a fumble by England goalkeeper Nick Pope to equalise in the 87th.

Germany are not in much better shape ahead of the World Cup, with just one win in their last seven games.

Italy won Group A3 with 11 points, one more than Hungary, who needed only a point in Budapest to reach the Nations League final four for the first time.

The Italians are finding it easier to qualify for Nations League finals than World Cups. They also got to the 2021 tournament.