Head coach says no problem with Briana fitting in 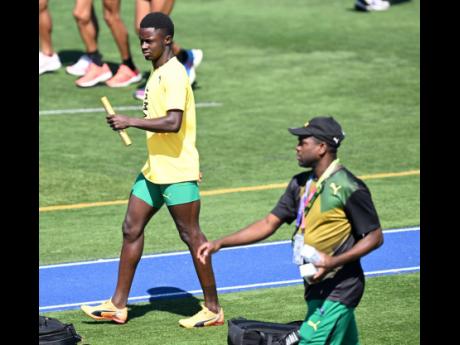 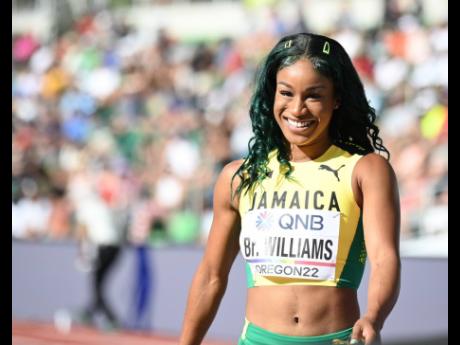 Fifth in the 400-metre hurdles final in the 2002 World Junior Championships, Little joined the powerful UTECH/MVP group after his time at Wolmer’s Boys’ School, winning the 2006 CAC gold medal along the way.

“My passion was coaching and I studied the art and science of coaching before I proceeded to land surveying and when I started to get injured as a professional athlete, I decided I couldn’t take it anymore and I spoke to coach (Glen) Mills and he told me he had a position for me because he knew I had the drive and could motivate the athletes,” said Little.

Starting as Mills’ personal assistant in 2010, he learnt patience.

“You have to be patient with your work and focus on your journey. I learnt that from coach Mills as well,” he said gratefully.

His sojourn at Mills’ world-renowned Racers Track Club ended when the COVID-19 pandemic led to a downsizing exercise that sent him out on his own.

Already friends, Little and Frater forged coaching ties while he coached star sprinter Yohan Blake and when Blake enlisted Frater to help with his starts. “I said to Michael, ‘listen, Jamaica male sprinting is going under the ground and my objective and plan is to rise back male sprinting’ and I said to him, ‘I have a solid programme, a solid plan from back then, so let us come together and build a monstrous male team’,” said Little

Big improvements by Jahzeel Murphy and 2016 Olympic relay gold medallist Jevaughn Minzie, to 10.17 and 10.02 seconds, respectively, in 2021, confirmed that the TITANS programme was on the right track.

Yohan pointed the TITANS to Ackeem Blake, the 2019 National Under-18 100 champion.

“Immediately, I designed a plan for Ackeem Blake, a three-year plan, and he really hit the target for his second year, so I’m really looking forward for Ackeem to do very well in the third year,” Little said of the newly crowned NACAC Open 100 metre winner.

“I learnt a lot from coach Stephen Francis as well because most of my successful time in track and field is with him,” he tabled.

“I pick out the best I could learn from Stephen Francis and the best from coach Mills, I have put my own format together based on the knowledge,” he added.

Though TITANS is focused on men’s sprinting, he thinks the 20-year-old Williams will fit in perfectly.

“It’s not really outside of the mission because Briana runs 1-2 just as the sprinters that we have. It’s not like a female coming in, wanting to do a 100 hurdles, and we have to make a total different plan. It’s similar for her, so she can fit in just as well,” Little envisaged.