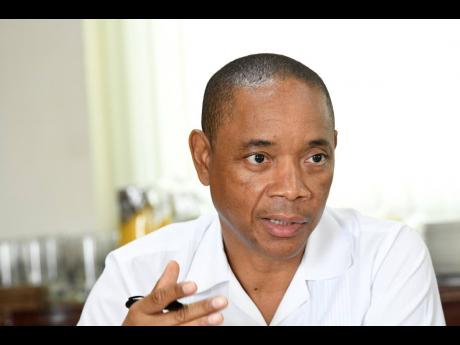 DESPITE SIGNIFICANTLY reduced earning ability throughout the coronavirus pandemic, the Jamaica Football Federation (JFF) managed to accumulated a surplus of over $20 million, says chairman of the JFF financial committee, Dennis Chung. The highly...

DESPITE SIGNIFICANTLY reduced earning ability throughout the coronavirus pandemic, the Jamaica Football Federation (JFF) managed to accumulate a surplus of over $20 million, says chairman of the JFF financial committee, Dennis Chung.

The highly respected financier said this was made possible by clearing a majority of the federation’s outstanding debt, which included tax liabilities and outstanding match fees to players.

He also believes that the platform has been set for the administration to generate even more funds in the future.

“We are paying off a lot of the old debts that came from past administrations. Cash that was outstanding, the liability would have filtered down.

“But a lot of the debts have been paid and the audited statement when completed will show that for the past two years, the JFF has made a surplus,” he said.

“The surplus was small but over the past two years there was a $15 million and a $5 million surplus and that was coming from a significant deficitable year.

“So we are very happy for that, as it says that we are moving in the right direction.”

He pointed that they were able to do this despite the federation’s earnings being severely hampered by the pandemic, due to COVID restrictions and a lack of sponsorship.

Although the surplus is minor, Chung thinks it is still a vast provement on what was before. Being able chip away the deficit and institute changes internally, he says, has put the federation on the path for even greater financial prosperity in the future.

Even though he admitted there are risks involved, he believes the signs are more positive than anything else, and that this has given the federation much enthusiasm about the prospects.

At the end of 2020, the Michael Ricketts-led administration slashed its $300 million debt to $238 million and although Chung could not provide details on how significant the reductions have been since then, he is confident they are getting control of the situation.

“As to the exact amount I couldn’t say exactly right now. In the first year we reduced it to about $238 million and we have reduced it further from that over the past year, so we have been making significant progress.

“There are more debts and we are not out of the woods but we are chipping away at everything.

“It is to try and get that situation under control. Of course there are risks involved that you will have to take, like bringing in the new coach. There are costs attached to it but there is also potential revenue attach to it.

“But we have paid off a good amount (debt). We have paid up the debt that had amounted for about 12 matches. There are two remaining and we have given a schedule to the team manager to clear those and for this one (Argentina match) we have already paid.

“But we are moving in the right direction and we are making a serious push to get things done. But where we are coming from, it cannot happen overnight,” he reasoned

“But the president and administration is pretty upbeat considering there is a new coach, coupled with the plans we have and the team that we have.”