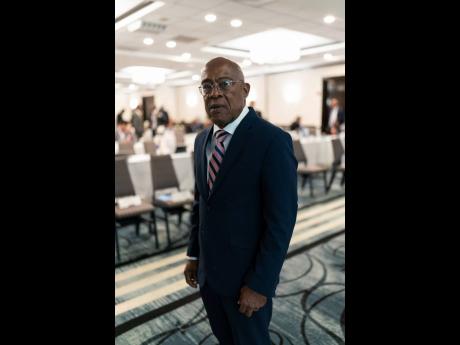 FOR 2023, regional football clubs could have their very own professional league, says Caribbean Football Union (CFU) president, Randy Harris. Harris revealed in an interview with The Gleaner that the CFU is in discussion with FIFA and Concacaf to...

Harris revealed in an interview with The Gleaner that the CFU is in discussion with FIFA and Concacaf to raise football in the Caribbean to a professional level, and for the new Caribbean professional league to be the genesis of the project.

According to the regional football boss, funds have already been committed for the tournament but they still await research results before moving forward, as the intention is to ensure that the venture is sustainable over the long term.

“As we speak, the CFU and Concacaf are working to have a Caribbean professional league. We have had a number of meetings and Concacaf has already committed significant funding.

“At present, we have a company researching some data because we want it to be sustainable. We want to know where we stand and how to make our budgets, so that we are positive in what we are doing. We would like to start in 2023,” he said.

He noted that there have been professional Caribbean leagues in the past but none had a life span of more than two years.

The CFU has identified travel expenses as the main challenges for the clubs in former years but Harris believes his organisation already has the solution to this issue.

“We want to create a league that is sustainable. It will be different,” Harris assured.

“It previously failed because of the cost of travelling to the islands. That was the main thing, the high cost of travel and moving teams weekly from one island to the next.

“However, the proposal that we have made is to help to lift the administration in the countries that already have professional leagues going, such as Jamaica, Dominican Republic and Trinidad and Tobago.

“So, instead of the teams travelling, they will be domiciled in the countries that already have leagues. So we will cut down on the cost of having these players travel,” he reasoned.

The CFU aims to start the league with clubs from countries that already have pro leagues in place, though there will be a qualification process.

There will also be a quota for the number of international players each club will be allowed to register or play at a time.

“We will try to work out how teams qualify and the annual cost of doing it, but we must make sure we do not fall into a trap of having to cancel the league after a year or two.

“FIFA and Concacaf are helping us in this area and there is a working committee to make sure that it can happen and we are working diligently. We are just waiting on the (research) data,” he contended.

Harris also said the pro league would give more regional players the opportunity to play professional football, while assisting in upgrading the quality of the teams now playing professionally in the Caribbean.

“Both FIFA and Concacaf realise it is very important that we get this started, and we will have the funding and administrative work.

“We have to lift the standard of football in the region or we are always going to be second. Right now, we have more amateurs playing against professionals (Concacaf competitions) and that is a mismatch. So we have to get it right,” he insisted.