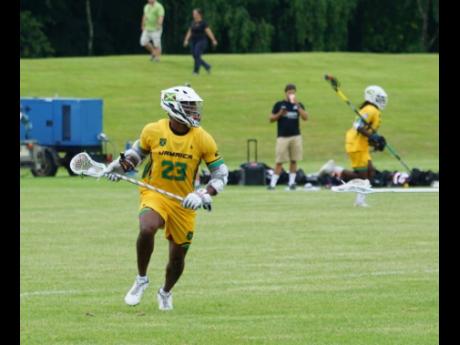 Jamaica’s campaign at the Under-21 Lacrosse World Championships in Ireland last summer was not only a rewarding experience for captain Dante Bowen, but a humbling one in strengthening his Jamaican heritage, as well as fostering the lessons taught...

Jamaica’s campaign at the Under-21 Lacrosse World Championships in Ireland last summer was not only a rewarding experience for captain Dante Bowen, but a humbling one in strengthening his Jamaican heritage, as well as fostering the lessons taught by his father in guiding his sporting journey.

Bowen, who was born in Canada, was a part of the squad that finished ninth out of 23 countries, which highlighted a memorable summer for the programme that saw the women compete in the Women’s World Championship and the men at the Pan American Association regional qualifying tournament.

A failed chance at making the Canadian team led to an opportunity that would further widen his horizon. Bowen said that while head coach Brian Silcott had reached out to him earlier about the opportunity to play for the land of his father’s birth, the decision to make the switch was for the long-term vision of the programme.

The team was comprised of players from the United States and Canada who had strong Jamaican ties, as well as some local players, an experience that he said broadened his horizons and connected them in their bid to excel in a non-traditional sport.

“Just having an opportunity to play with guys who are from Kingston, from the United States, we shared similar stories in terms of stuff we experienced playing a predominately white sport,” Bowen said. “So I think that was honestly impactful, and something that I felt like I wouldn’t know the impact of had I not been able to play. It was a wonderful experience to be able to play with guys from multiple backgrounds but with shared experiences.”

Bowen leaned on the counsel of his father, Orlando, who played professionally in the Canadian Football League, imparting his own experiences at playing professionally to his son, in making his mark in the tournament.

“Just being able to recognise the most important play of the game is the next one, is the biggest thing that I took away from him; but also having a strong work ethic, and a sense of camaraderie when the time comes to playing in a team setting. It is all there to kind of achieve the same goal. Having that in mind kind of knits the team together better, and I think that’s exactly what happened,” Bowen said.

Bowen attends university at Ohio State and sees the under-21 championships as a launching pad for more success, which he hopes will lead to a possible path to the Olympics, should the sport be added to the Games in the near future.